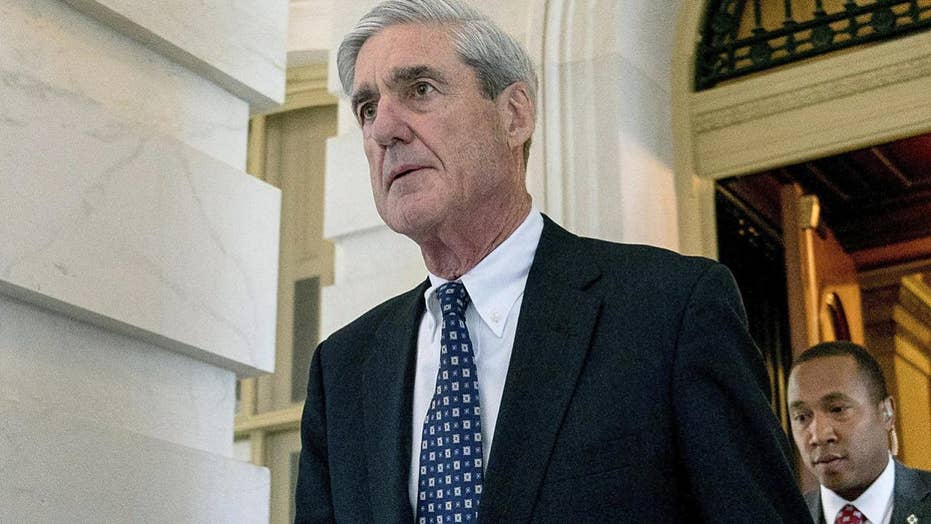 Are we nearing the end of the Mueller investigation?

At issue in the case heard Thursday is whether and when being tried in state and federal courts for the same crimes is permissible. Under a current constitutional exception, it has been allowed for years.

A court reversal here could be far-reaching – and represent a sea change in how state, federal and tribal criminal cases are handled.

The justices raised tough questions Thursday about being tried twice for the same crime in different jurisdictions – "a double whammy," as Justice Ruth Bader Ginsburg put it – yet a majority seemed inclined to preserve what the Trump administration calls 170 years of precedent allowing an exception to the double jeopardy provision.

"Part of what stare decisis is, is a kind of doctrine of humility," she said, "where we say we are really uncomfortable throwing over 170-year-old rules that 30 justices have approved just because we think we can kind of do it better."

"With the proliferation of federal crimes, I think over 4,000 statutes now and several hundred thousand regulations, the opportunity for the government to seek a successive prosecution if it's unhappy with even the most routine state prosecution is a problem."

IN CONTROL: FIVE ISSUES WHERE JUSTICE KAVANAUGH COULD BE THE DECIDER

Yet the status quo being defended by the Trump DOJ holds potential implications for the Trump-tied targets of the Russia probe.

The intriguing relevance to Mueller’s investigation would be if one of the defendants charged or convicted in the broad investigation -- such as Trump’s former campaign chairman Paul Manafort -- were to be pardoned by the president for various federal offenses. Would a state then be allowed to pursue its own separate charges, including tax evasion or corporate fraud?

The Supreme Court’s ruling could have an impact on the answer.

Trump himself has not ruled out such a pardon, and Manafort is scheduled to be sentenced separately in two federal courts next February and March.

That pardon scenario was not raised in Thursday's 80-minute Supreme Court oral argument, but lawyers from both sides raised a host of worst-case scenarios to boost their positions. The argument was delayed a day in respect for the national day of mourning and funeral for the late President George H.W. Bush.

The Constitution’s double-jeopardy clause in the Fifth Amendment prohibits anyone being "subject for the same offense to be twice put in jeopardy of life or limb."

But the high court has also recognized the "separate sovereignty" between state and federal prosecutions – meaning similar charges for the same conduct but in different jurisdictions.

In the current appeal, Terance Gamble was arrested, charged and convicted for gun possession by a felon in both Alabama and federal courts, with his sentences served concurrently. He is set to be released from prison in 2020, three years longer than he would have if convicted only in Alabama.

The Trump Justice Department – backed by three-dozen states, including New York and Texas – wants to preserve the long tradition of discretion for successive prosecution in state and federal courts.

In the arguments, several justices worried about the fallout from tossing this sovereign exception. Justice Stephen Breyer worried it would make it harder to prosecute sexual and domestic violence on Indian reservations, among other cases.

"Look at the door we're opening up," he said. "There are briefs that say remember the civil rights world where people were, with victims of a different race, simply killing them or worse, and the state" would never convict, and the federal government could be prevented from getting involved.

But the newest justice also raised a counter-argument. "From the perspective of negative liberty, freedom from government oppression or government regulation, your rule strikes some as an infringement of basic concepts of individual liberty," he told Justice Department lawyer Eric Feigin. "You didn't get me the first time; you're going to take another crack at it."

And Ginsburg questioned when it would be in the national government's interest to use its broad discretion to file subsequent charges.

"Federalism is usually invoked because it's a protection of the liberty of the individual," she said, "but here the party being strengthened is not the individual, it is the state's freedom and the federal government's freedom to prosecute the same offense, in this case the felon in possession."

Justices Ginsburg and Clarence Thomas – normally on opposite ideological sides – have both urged their colleagues to revisit this issue. Now with Kavanaugh aboard, he could be the wildcard that decides the matter.

Dual prosecutions in state-federal courts have become more common in the past two decades, particularly involving acts of racial animus or violence.

Feigin told the high court the federal prosecutions of those charged in mass shootings at a Pittsburgh synagogue in October and at a Charleston, S.C., church attended by African-Americans in 2015 were properly labeled hate crimes and violations of civil rights that had different legal elements from the state murder charges the defendants would face.

And the man accused of deliberately plowing his car into marchers protesting a white supremacy rally in Charlottesville last year -- killing one woman -- also faces federal hate crime charges. His state trial will go to the jury this week.

But the attorney for Gamble cited cases going back to Europe in the 17th century that he said supported the long-established idea of no exceptions to the double-jeopardy rule.