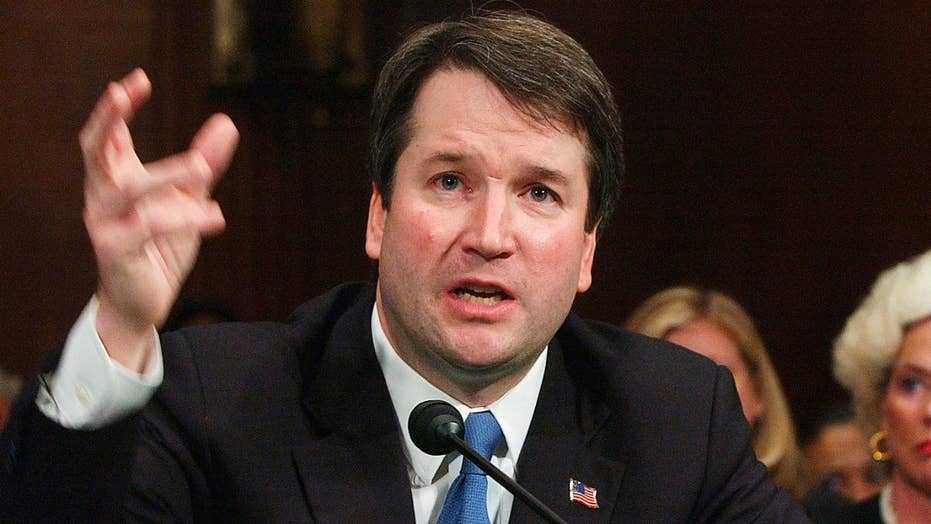 Who is Brett Kavanaugh?

Did Judge Brett Kavanaugh write the roadmap for saving ObamaCare?

That question has dwelled at the center of passionate debate in the conservative legal community for days as Kavanaugh, a federal appeals judge in the District of Columbia, finds himself as one of President Trump’s four finalists for a place on the U.S. Supreme Court.

Trump is expected to announce his choice to fill Justice Anthony Kennedy's seat Monday night. He has not tipped his hand, but Kavanaugh from the start has been in the mix as a top contender -- fueling a firestorm of debate on the right.

The allegation from conservative critics is rooted in a 2011 ObamaCare case where Kavanaugh dissented against the ruling but acknowledged that the Affordable Care Act’s “individual mandate provision” could fit “comfortably within Congress’ Taxing Clause power.”

Kavanaugh's detractors say that language helped provide the roadmap for the Supreme Court to uphold the mandate a year later.

“Even as he avoided a definitive ruling on the merits of the case, Kavanaugh revealed himself as favorably disposed to the mandate,” conservative health care expert Christopher Jacobs wrote for The Federalist. “Worst of all, in so doing, he cultivated a theory that ultimately led Chief Justice John Roberts to uphold the mandate.”

Roberts, the conservative chief justice appointed by George W. Bush, sided with the court’s liberals in ruling that the government could mandate the purchase of health insurance under its power to tax.

Some conservatives accuse Kavanaugh of supporting the idea that the individual mandate could be considered a tax.

But supporters of Kavanaugh say that argument is wrong.

“That is nonsense, and conservatives should not be misled into thinking otherwise,” said Justin Walker, a former clerk to Kavanaugh. 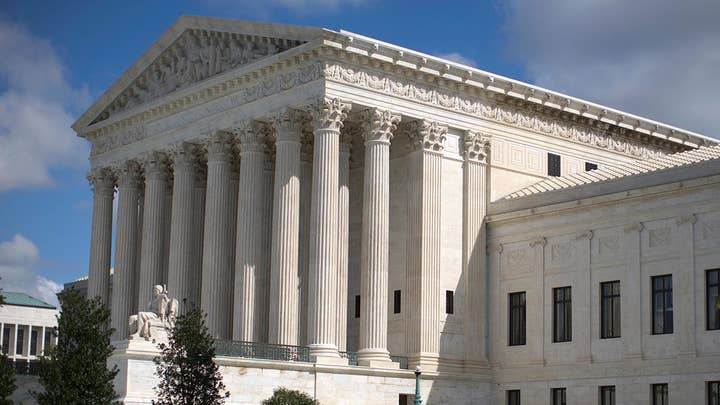 Walker argued that Kavanaugh’s “hypothetical discussion” about the Taxing Clause has been misinterpreted and is actually “a roadmap to the conclusion reached by the dissenters—that the individual mandate is unconstitutional under the Taxing Clause.”

“I am very familiar with that opinion, because I served as Kennedy’s law clerk that term,” Walker said. “I can tell you with certainty that the only justices following a roadmap from Brett Kavanaugh were the ones who said Obamacare was unconstitutional.”

As Trump and the Republican-led Congress have moved to gut the law's individual mandate starting next year, it's unclear whether the issue would factor heavily for the president. He teased his decision Monday morning, tweeting:

“I have long heard that the most important decision a U.S. President can make is the selection of a Supreme Court Justice - Will be announced tonight at 9:00 P.M.”

Kavanaugh is one of four federal appeals judges considered finalists. The others are Raymond Kethledge, Amy Coney Barrett and Thomas Hardiman.

While Kavanaugh has his share of ardent backers, his conservative critics have been drawing attention to other presumed liabilities, including deep ties to the Bush family that could render him too 'establishment' for the anti-establishment Trump. Kavanaugh worked as a White House aide and was appointed to the federal bench by then-President George W. Bush. His wife, Ashley, worked as Bush’s personal secretary.

Some conservatives also have aired concerns over Kavanaugh’s opinions in a 2017 case involving an illegal immigrant seeking an abortion. Kavanaugh dissented from the court’s eventual decision to allow the abortion, but pro-life conservatives have criticized him for not going far enough. Specifically, they have expressed concern about language where Kavanaugh wrote “the unlawful immigrant minor is assumed to have a right under precedent to an abortion.”

“This case exemplifies why Kavanaugh is not the best available Supreme Court prospect,” wrote Phillip Jauregui, the president of the Judicial Action Group, in a recent memo.

Regardless of whom Trump chooses, conservatives are gearing up for a combative confirmation process, as Republicans hold a slim majority in the Senate and liberals express fear that Trump’s pick could join the conservatives on the court in the future to overturn the Roe v. Wade decision that allowed abortion.

Fox News has learned that the conservative Judicial Crisis Network will launch a $1.4 million ad buy in support of the future nominee, running advertisements in Alabama, Indiana, North Dakota, and West Virginia – states with Democratic senators on the fence about supporting Trump’s nominee.