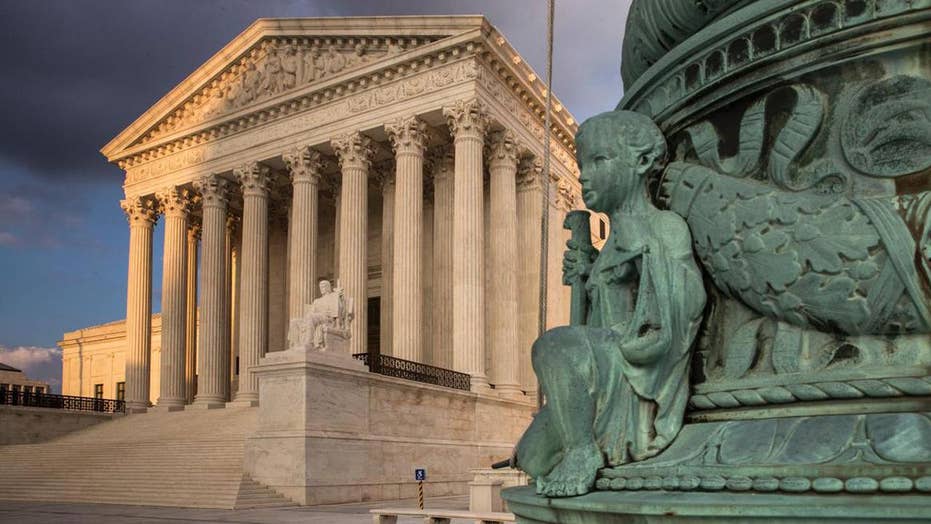 Supreme Court to hear arguments regarding whether or not Trump's travel ban discriminates based on nationality or religion; legal panel provides insight.

The 5-4 ruling Tuesday ended a civil lawsuit against a Jordan-based bank accused of providing "material support" by helping finance terror attacks in Israel, the West Bank and Gaza.

Some 6,000 victims and their families had filed suit in American courts under the federal Alien Tort Statute, against Arab Bank PLC. That bank had a branch office in New York.

In his ruling, Justice Anthony Kennedy said it was up to Congress, not the high court, to revise the law if desired.

"The Court holds that foreign corporations may not be defendants in suits brought under the ATS," he wrote. "The formulation of principles of international and domestic law are matters that the political branches are in the better position to define and articulate. For these reasons, judicial deference requires that any imposition of corporate liability on foreign corporations for violations of international law must be determined in the first instance by the political branches of the Government."

"Immunizing corporations that violate human rights from liability under the ATS undermines the system of accountability for law-of-nations violations that the First Congress endeavored to impose," she wrote in a lengthy dissent. "It allows these entities to take advantage of the significant benefits of the corporate form and enjoy fundamental rights, without having to shoulder attendant fundamental responsibilities."