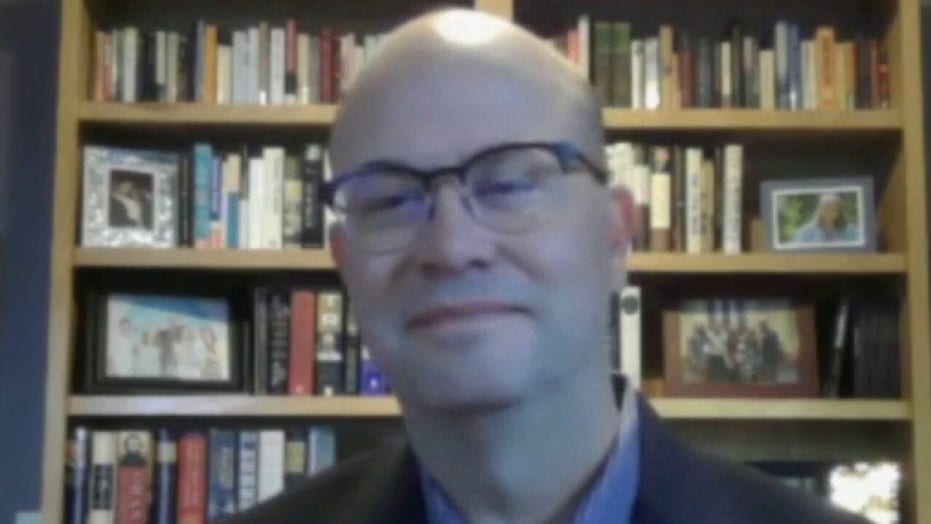 The Supreme Court returned from its summer recess on Tuesday when the justices were scheduled to meet remotely in a private conference to consider pending appeals that have been piling up for nearly three months.

The high court is expected to add as many as a dozen or so cases to its docket, which will be argued later this term, adding to the three dozen cases that have already been accepted for final review.

The death of Justice Ruth Bader Ginsburg means the court will only have eight members. In conference, it takes at least four votes to add a pending appeal to the argument docket for full judicial review, so having the court one member short will affect what cases are granted.

President Donald Trump walks along the Colonnade with Judge Amy Coney Barrett after a news conference to announce Barrett as his nominee to the Supreme Court, in the Rose Garden at the White House, Saturday, Sept. 26, 2020, in Washington. (AP Photo/Alex Brandon)

The same is true after argument, when the justices vote on the outcome and assign opinion-writing duties. The court's first public session is Oct. 5 at 10 a.m. There will be no public session in the courtroom, and oral arguments will be conducted by teleconference for at least the first two weeks.

Here are some important pending petitions that are scheduled to be considered at Tuesday's conference:

Friends of Danny DeVito v. Wolf (19-1265) – This case is a challenge to the March 19 order by Pennsylvania's governor closing many businesses because of the coronavirus pandemic. Some businesses argue they had been denied due process and also had their property effectively taken by the state without compensation. It's worth noting that the original plaintiff is not the popular actor.

Reisman v. Associated Faculties of the University of Maine (19-847) – At issue is whether it violates the First Amendment to designate a labor union to represent and speak for public-sector employees who object to its advocacy on their behalf. A university professor – a state employee – objects to the union's “positions and advocacy on issues ranging from fiscal policy to university governance.”

Browder v. Nehad (19-1067) – This is one of a series of unrelated appeals over qualified immunity for law enforcement officials. A San Diego police officer shot a man who earlier had made threats to stab people. When the officer arrived at the scene, he believed the suspect was armed with a knife and an imminent threat, but the object in his hand turned out to be a pen. A federal appeals court allowed the man's family to sue over alleged civil rights violations.

Living Essentials LLC v. Washington (19-988) – At issue is whether the “prior substantiation” doctrine, which allows a commercial business to be held liable if it does not have adequate support for its factual claims before it makes them in an advertisement, even if the claims are never proven false, violates the First Amendment. The state sued the makers of a popular drink, 5-hour Energy, charging that its claims that the product contained ingredients that “work in concert” to “provide a feeling of alertness and energy that lasts for hours” were deceptive.

Evans v. Sandy City, Utah (19-1091) – A homeless man who asks motorists for money is making a First Amendment challenge to a city ordinance making it illegal to sit or stand on unpaved or narrow street medians in the city.