The emails, acquired by the conservative watchdog Judicial Watch, reveal that Strzok’s supervisor agreed to make him a “floating” deputy who would be able to approve national security letters and declassify documents – all while working on the Mueller team investigating the Trump campaign’s alleged collusion with the Russian government.

“Broadly, I need to be able to act at least in the capacity of my old CD [counterintelligence division] DAD [deputy assistant director] job – approve NSLs [national security letters], conduct [redacted] declassify information, [redacted] agent travel, requisitions, etc. Of those, the most problematic and one of the most essential is declassification authority,” Strzok wrote in an email to Bill Priestap, FBI counterintelligence chief, dated July 13, 2017.

"Of those, the most problematic and one of the most essential is declassification authority."

Priestap wrote back a few days later, saying his request was approved: “In answer to your initial question, while assigned to the special counsel’s office, you will retain your CD DAD authorities to include declassification authority.”

“Assuming the 7th floor approves, you will remain on CD’s books as a fourth (floating) DAD. When you move on from your DAD position, your DAD slot will revert back to HRD [human resources department],” he added. 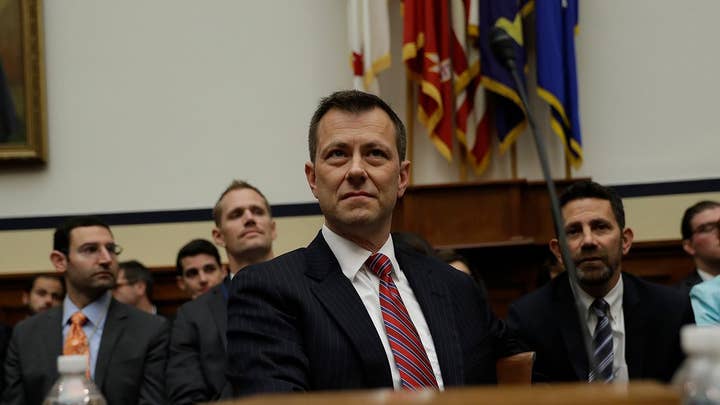 “It sure did,” Judicial Watch President Tom Fitton told Fox News. “Strzok wouldn't have asked for it if he didn't think it'd be useful in his new job.”

“He wanted the authority to issue national security letters, which essentially are secret requests for information that fall short of needing court approval,” Fitton continued. “He also wanted – and he said this was ‘essential,’ which is very unusual – he wanted the ability to declassify information. He wanted to keep that ability.”

"Strzok wouldn't have asked for it if he didn't think it'd be useful in his new job."

The FBI agent has been under fire ever since he was removed in the summer of 2017 after he exchanged tens of thousands of texts with then-colleague Lisa Page, with whom he had an extramarital affair, and expressed anti-Trump comments, raising questions of bias.

“[Trump's] not ever going to become president, right? Right?!” Page texted to Strzok in August 2016, months before Trump won the presidential election. “No. No he won't. We'll stop it,” Strzok responded.

Last month, the FBI agent testified before Congress, denying his personal views affected his job as an investigator. 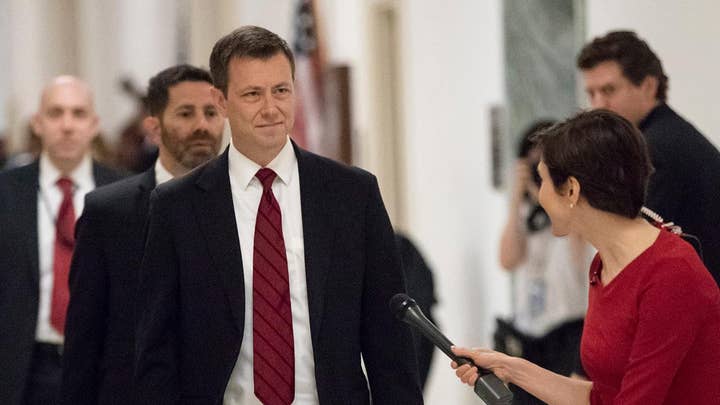 "Like many people, I had and expressed personal political opinions during an extraordinary presidential election. Many contained expressions of concern for the security of our country," Strzok said in his opening statement, noting that those opinions were expressed "out of deep patriotism."

He also later denied that the FBI would interfere in the election to stop one particular candidate. “The suggestion that I, in some dark chamber in the FBI, would somehow cast aside these procedures ... and somehow be able to do this is astounding to me,” he said.