Playboy model Karen McDougal, left, sued to be released from a 2016 agreement requiring her to keep quiet about an alleged tryst she claims she had with Donald Trump, as Stormy Daniels said she passed a 2011 polygraph test.

Playboy model Karen McDougal on Tuesday sued to be released from a 2016 agreement requiring her to keep quiet about an alleged tryst she claims she had with Trump.

Trump has strongly denied both accusations.

Daniels also spoke out on Twitter, telling one critic: “Technically I didn't sleep with the POTUS 12 years ago. There was no sleeping (hehe) and he was just a goofy reality TV star. But I digress...People DO care that he lied about it, had me bullied, broke laws to cover it up, etc. And PS...I am NOT going anywhere. xoxoxo.”

The Wall Street Journal first reported that Daniels took a polygraph test that showed she was telling the truth about her sexual encounter with Trump. 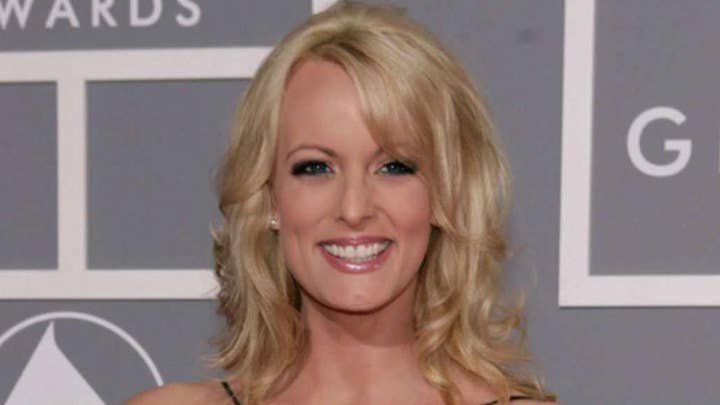 “Ms. Clifford presented herself well in outward appearance of credibility,” Ronald Slay, the polygraph examiner wrote in a confidential report released Tuesday. “There were no observable indications of intent to deceive.”

Daniels answered yes to all three of the questions.

Stormy Daniels passed a 2011 polygraph test in which she claims she had unprotected sex with President Trump in 2006, newly released records show.

“In the opinion of this examiner Ms. Clifford is truthful about having unprotected vaginal intercourse with Donald Trump in July 2006. No determinations should be derived regarding (the Apprentice answer),” Slay wrote.

The polygraph data was analyzed in the Applied Physics Laboratory of Johns Hopkins University.

Daniels is suing Trump over a non-disclosure agreement she says isn’t valid because Trump never signed it.

Daniels has offered to return the $130,000 payment she received from Trump’s longtime attorney Michael Cohen in 2016 in exchange for a nullification of the non-disclosure agreement and the freedom to speak about the alleged affair.

The news of the passed polygraph came on the same day as McDougal’s court battle over her silence heated up.

McDougal claims she had an affair with the president and on Tuesday sued to be released from a 2016 agreement in which  American Media Inc., the parent company of The National Enquirer, paid her $150,000 for her story and then did nothing with it.

In that case, which was first reported by The New York Times, McDougal filed a lawsuit in Los Angeles Superior Court claiming that American Media misled her about the deal. And like Daniels, claims her deal is invalid.

McDougal’s lawyer Peter K. Stris accused A.M.I. of trying to silence his client, according to an email correspondence he had with the Times.

“The lawsuit filed today aims to restore her right to her own voice,” he told the paper. “We intend to invalidate the so-called contract that American Media Inc. imposed on Karen so she can move forward with the private life she deserves.” 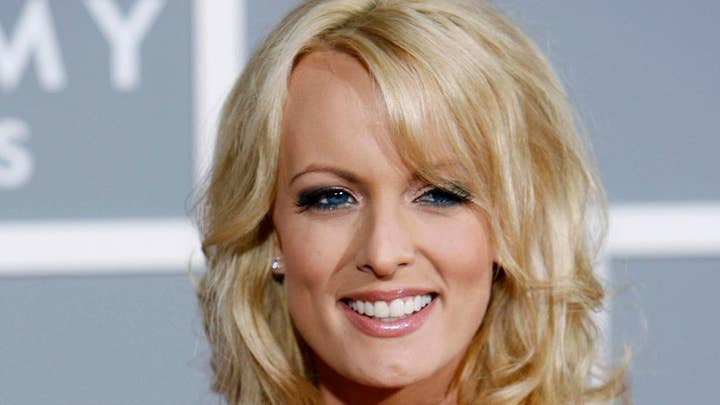 Both Daniels and McDougal have similar stories about their alleged experiences with Trump. Both say they met with Trump at a 2006 Lake Tahoe golf tournament, both claim they were promised apartments and both say Trump took them to the Beverly Hills hotel.