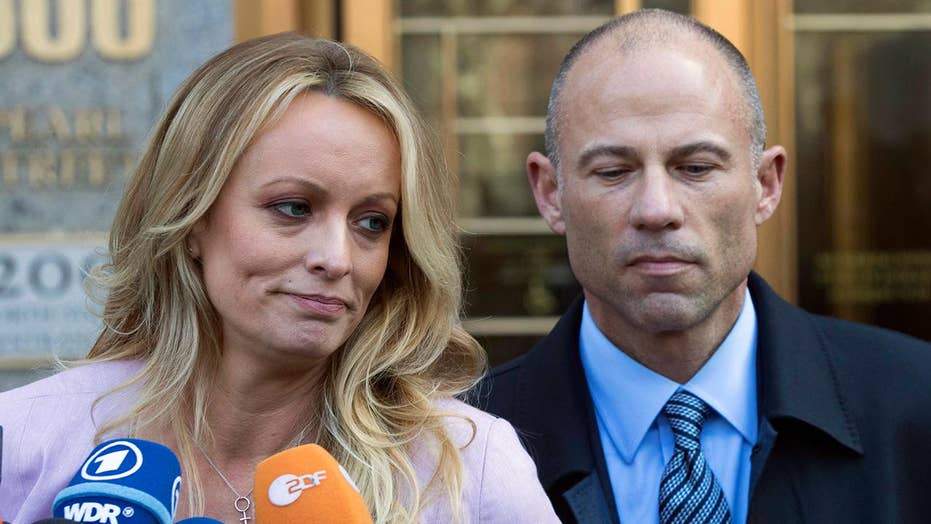 A lawyer for former adult-film star Stephanie Clifford has frustrated efforts by federal prosecutors to obtain information about a hush-money deal involving President Donald Trump’s personal lawyer, according to people familiar with the matter.

In public, Michael Avenatti, Clifford’s current attorney, has been among the most vocal critics of Michael Cohen, the lawyer who paid her $130,000 in October 2016 to sign a nondisclosure agreement about an alleged 2006 sexual encounter with Trump.

But behind the scenes, Avenatti has slowed prosecutors’ efforts to discuss the nondisclosure agreement with Ms. Clifford’s former lawyer, these people say.

Cohen is under criminal investigation for possible campaign-finance violations and bank fraud related to the payment to Clifford, known professionally as Stormy Daniels, and other business dealings, according to other people familiar with the probe. He has denied wrongdoing and hasn’t been charged with any crime. Trump has denied having sex with Clifford.

Avenatti hasn’t yet acted on multiple requests from federal prosecutors in Manhattan for Clifford to waive the attorney-client privilege that prevents her former lawyer from discussing their communications about the nondisclosure deal, the people familiar with the matter said. In April, Avenatti, acting in his capacity as Clifford’s current lawyer, sent a cease-and-desist letter to her former lawyer, Keith Davidson, ordering him not to disclose any communications related to her, one of those people said.

Avenatti made similar demands of Clifford’s former manager, Gina Rodriguez, who helped engineer the hush-money deal. Avenatti tried to block Rodriguez from providing her communications with Clifford to federal prosecutors until he had reviewed them, other people familiar with the matter said.

Avenatti has told federal prosecutors he is trying to get Clifford to agree to waive her attorney-client privilege, but prosecutors have come to believe he is stringing them along, the people familiar with the matter said. The delays in responding to their requests to waive privilege aren’t seen as highly damaging to the probe but have frustrated investigators, they said.

“We have already started producing documents to the government so any suggestion we are not cooperating is meritless,” Avenatti said.