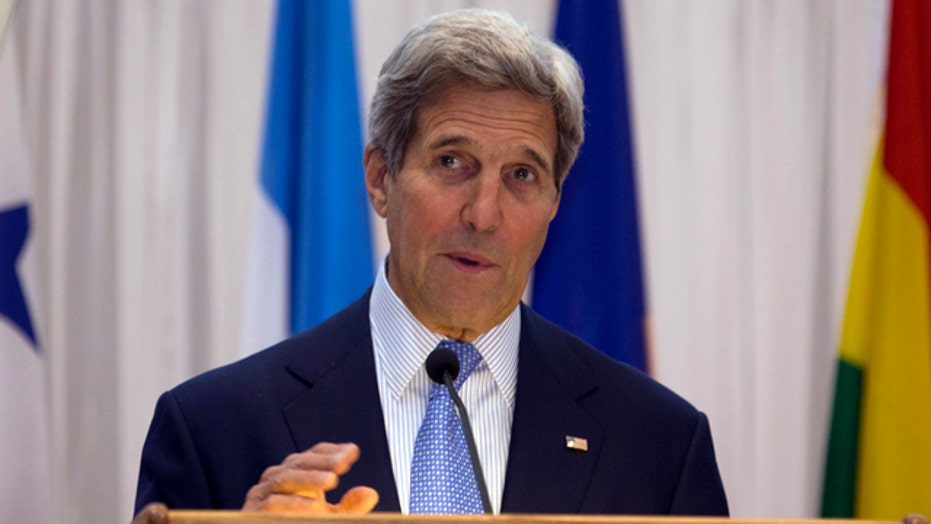 While the United States and Iran edge closer to a nuclear deal, nearly two dozen U.S. states are imposing their own sanctions against Tehran – a move some say could derail fragile talks between the two countries.

The states, though, say they aren’t budging. In fact, Kansas and Mississippi are even considering adding more sanctions.

Several states across the country have put their own measures in place to punish Iran-linked companies operating in certain sectors of its economy, directing public pension funds with billions of dollars in assets to divesting from the firms and sometimes barring them from public contracts, Reuters reported.

In more than half of those states, restrictions will only expire if all federal sanctions against Iran are lifted – an unlikely scenario.

Typically, U.S. states coordinate their measures with federal sanctions on Iran. However, the states’ divestment actions are, in fact, much more strict when it comes to foreign firms with Iran links.

Georgia, Florida and Michigan are just three states that say they have no intention of changing their policies on Iran -- even if progress is made on a federal level.

“Our investment sanctions are not tied in any way to President Obama’s negotiations with the Iranians,” Sen. Don Gaetz, R-Fla., told Reuters. “They would have to change their behavior dramatically and we would not be necessarily guided by President Obama or any other president’s opinion about the Iranians.”

Officials in New York and Oregon told Reuters they would first need to review any changes made on the national scene before they would be able to comment on how it may affect their current policies.

Even if a federal deal passes, new local legislation would have to be passed in Illinois and Connecticut before legal changes could be made to change their divestment policies.

Florida, an early adopter of divestment policies going after Iran, pulled $1.3 billion out of companies like PetroChina – a Chinese oil and gas company that has ties to Iran. Michigan divested $185 million of its pension funds from companies like HSBC and Vodafone.

The icy relationship between the U.S. and Iran has recently shown some signs of thawing, but many caution that so much discord between the state and federal government over Tehran shows signs of weakness.

On Tuesday, the Senate Foreign Relations Committee is expected to take up a bill that requires Obama to give Congress a say in any deal on Iran’s nuclear program. Obama has threatened to veto the bill, which he says undermines his ability to negotiate.