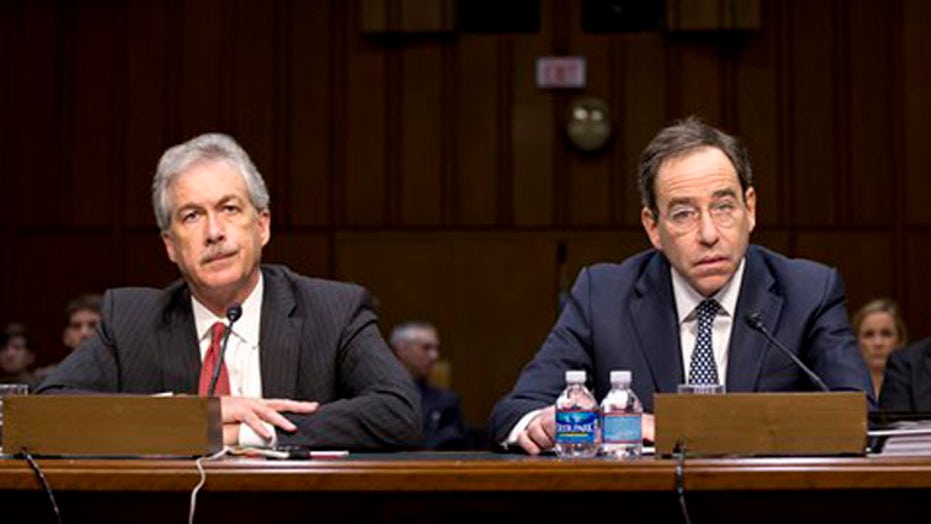 Washington – A top State Department official acknowledged Thursday that cables warning of serious security concerns at the U.S. compound in Benghazi went to department headquarters – and possibly to Secretary of State Hillary Clinton’s office – in the months leading up to the deadly Sept. 11 attack.

Deputy Secretary of State Williams Burns, testifying before the Senate Foreign Relations Committee, said the cables “would have been reviewed up through the assistant secretary level, and it may be that some of my colleagues on the seventh floor saw them as well.” The seventh floor refers to Clinton’s office.

Further, Burns confirmed “there were certainly memos” that came to Clinton’s office describing some of the dozens of security incidents in the region before the attack that claimed four American lives.

The confirmation Thursday comes after Fox News first reported in October on one cable addressed to Clinton’s office said the U.S. Mission in Benghazi convened an “emergency meeting” less than a month before the attack because Al Qaeda had training camps in Benghazi and the consulate could not defend against a “coordinated attack.”

Fox News has since learned that Ambassador Chris Stevens sent at least 15 classified cables to the State Department between November 2011 and Sept. 11, 2012, warning that security conditions were unraveling, and there was growing evidence the Libyan brigade charged with protecting the consulate had been infiltrated.

On Thursday morning, members of the Senate Foreign Relations Committee blasted State officials for their handling of the situation.

Sen. Bob Corker, R-Tenn., pushed back after a State Department witness as well as a top Democratic senator suggested that inadequate funding was partly responsible for insufficient security at the consulate.

“This is not about the money,” Corker said at the hearing, the first since a report was released finding "systemic failures" at the department before the attack. “I want to know why you did not ask for the resources in Benghazi. You were aware of the security issues there. We’ve read the cables.”

He added, “If you had safety concerns, why didn’t you ask for money?”

Corker said he was skeptical that giving the State Department more money would have changed the outcome in Libya and said it’s the “culture” at the department that needed to change.

“We never did a top-to-bottom review, so we have no idea if the State Department is using its money wisely,” Corker said. “I cannot imagine sending out folks to Benghazi if we did not have adequate security for them. So my question, again, is why? Why did we do it?”

In his opening statement, Sen. John Kerry, D-Mass., chairman of the Foreign Relations Committee,  faulted Congress for failing to provide sufficient funds to protect American officials overseas and said until funding was increased Americans would continue to be vulnerable overseas.

“There is no doubt in my mind that we need additional resources,” Kerry, who is widely expected to be the successor to Clinton, said.

In the past year, $650 billion has been spent on military budgets. The money that goes toward U.S. international posts composes less than one-tenth of what the Defense Department gets, Kerry said. The State Department is seeking $1.4 billion in next year’s budget for increased security.

“We must do better,” Deputy Secretary of State William Burns said, adding that “diplomacy, by its very nature, must sometimes be practiced in dangerous places.” Burns also said the government must do more to "make sure they have the resources they need."

Burns and Nides testified in place of Clinton, who is recovering from a stomach virus and concussion. Clinton had been scheduled to testify Thursday but canceled. Republican lawmakers have insisted she take the stand in the coming weeks despite her plan to leave the administration, and her office says she still claims to do so.

Thursday’s public testimony comes two days after the independent review panel issued its report blaming management failures at the State Department for the lack of security. Fallout from the report forced four State Department officials to either resign or be relieved of their duties.