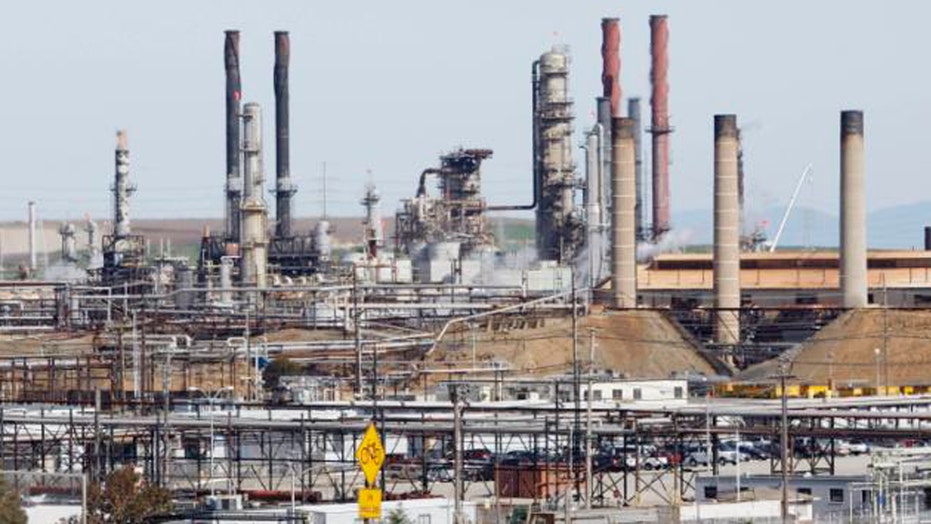 On 'America's Newsroom,' Sen. Joe Manchin explains why he believes the emissions rule is 'wrong'

Michael Bloomberg is backing an eight-figure ad buy targeting four state attorneys general over their lawsuit challenging the EPA's power plant regulations, drawing a backlash from the officials themselves who say Bloomberg is trying to "bully" them.

This time, his PAC is taking aim at foes of the Obama administration's Clean Power Plan, which is the subject of a multi-state lawsuit. The ads are set to run in Florida, Michigan, Missouri and Wisconsin, and focus on the states' attorneys general who have joined the suit.

The ad in Florida accuses state AG Pam Bondi of "siding with big polluters" with her involvement.

"Pam Bondi -- Putting polluters and their profits ahead of protecting Florida families," the ad's narrator says.

"Now a billionaire bully is attacking Florida, and 26 other states, for having the audacity of defending their citizens against the EPA's heavy-handed and unlawful regulations, which will drastically increase Floridians power bills -- something this billionaire clearly cares little about," she said in a statement. "This bully wants to defend the federal government; we want to protect the people we serve."

According to The New York Times, the ad buy is over $10 million. The PAC also described it as an eight-figure ad buy without specifying the exact price tag.

In a statement, Bloomberg said: "When Attorneys General put the coal industry's financial interests ahead of their constituents' right to breathe clean air, we want their constituents to know about it -- and these ads will help make sure they do."

One of the four attorneys general, Missouri's Chris Koster, is a Democrat running for governor next year. The other two AGs are Michigan's Bill Schuette and Wisconsin's Brad Schimel.

A spokesman for Koster's campaign told the Times that the attorney general "works for the people of Missouri, not a New York City billionaire" and warned that the EPA plan could result in electricity bill increases that would hurt residents.

And according to Watchdog.org, Schimel told a local radio station, "You've got another limousine liberal telling all the rest of us we've got to tighten up our belts when we've already pulled it in a few more notches."

Whether the Bloomberg ads might have any impact on these officials' positions is unclear. Watchdog.org noted that one of the Democrats Bloomberg's other group backed in the Virginia election won, but another lost and the legislature remained in GOP hands.

More than two-dozen states, mostly led by Republicans, are suing the administration over the Clean Power Plan. The plan aims to cut down on carbon emissions at existing power plants.

Supporters say it's a critical step toward fighting global warming and protecting the environment, while opponents say it will hurt the energy industry and cause utility bills to rise.