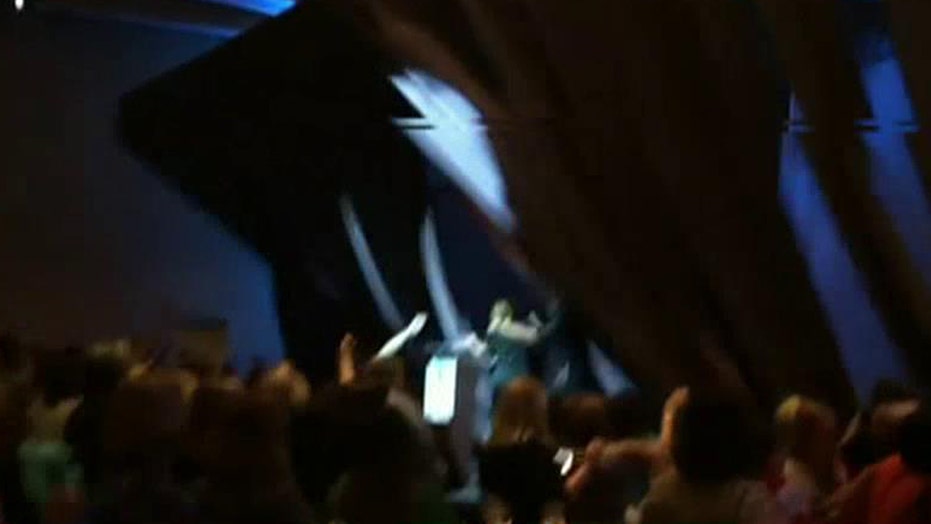 Republican presidential candidate Carly Fiorina had a “scary” onstage moment Sunday after a curtain collapsed on her during a speech in San Antonio.

A video posted on Twitter appears to show a group of women shielding the former Hewlett-Packard CEO as the backdrop to the stage collapses while she was taking questions during a conference of women entrepreneurs.

“Carly is fine,” a spokesperson for the Fiorina campaign told Fox News, adding they believe “a woman was hit by a falling pole” during the incident.

Texas Tribune reporter Patrick Svitek tweeted that someone in the audience yelled “Trump!” as the curtain fell.

Fiorina responded to the joke saying, “Trump, Hillary --  it could’ve been lots of people.”

According to Svitek, Fiorina returned to taking questions shortly after the curtains collapsed.