Stacey Abrams could jump into the 2020 electoral race as late as the fall of 2019, the Georgia Democrat said on Thursday.

"I do believe I can enter the conversation as late as the fall and still have a real chance to win," Abrams said, acknowledging she might miss key parts of the campaign season.

She told MSNBC host Hallie Jackson that the 2020 Democratic field was "robust" but she would continue watching to see if she should jump into the race.

When asked about a senate bid, she said it wasn't her "calling." "I'm going to help make certain a Democratic senator is elected in the state of Georgia but I do not believe that you run for office simply because the office is there -- even one as crucial as the U.S. Senate," she said.

"That's not my calling and the challenge for all of us is when people do something they don't want to do, or they're not committed to doing all the way, it's the people who suffer." 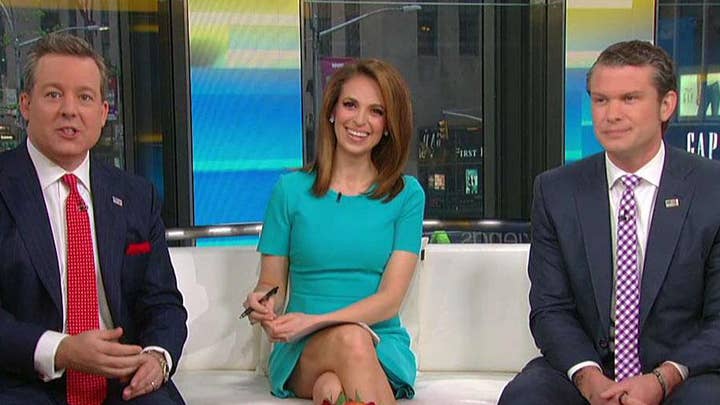 Abrams previously provoked speculation when she said she was looking at "executive level opportunities" and mentioned the 2020 election.

Her comments came as fellow Democrats defended Abrams, indicating that she unfairly lost her gubernatorial bid against Brian Kemp in 2018. Abrams refused to concede and indicated that the results weren't "right and true and proper."

While speaking to "The View" on Tuesday, 2020 hopeful Beto O'Rourke suggested the election may have been rigged by Kemp, then-secretary of state in Georgia. Sen. Kamala Harris, D-Calif., another 2020 hopeful, plainly claimed that Abrams and Florida Democrat Andrew Gillum would have been governors if not for voter suppression.