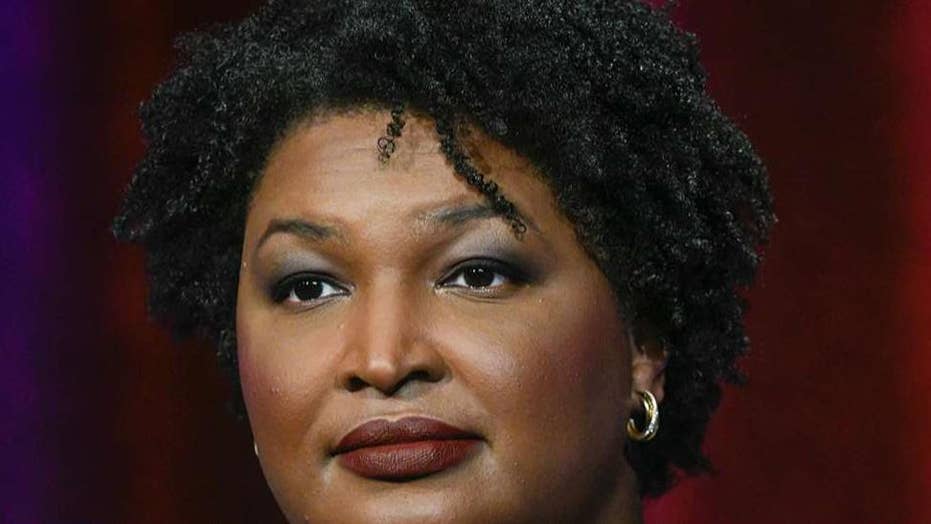 Abrams, who hoped to make history as the first black governor of Georgia and first female black governor of any state, lost November’s gubernatorial election to Georgia’s Republican Secretary of State Brian Kemp, but her stock within the Democratic Party has remained high.

“Stacey Abrams is offers a welcome, stark contrast to President Trump’s politics of division and lack of leadership as American families are still feeling the impacts of his self-imposed shutdown,” Schumer said in a statement. “Stacey Abrams is a present and future leader in this country. She is a dynamic, moral leader; she delivered results on the issues that matter most to Americans; and she tirelessly pursues fairness and justice for everyone in her state.”

An attorney, Abrams was the first black leader in the Georgia state House, having previously served as the minority leader. She is also an award-winning romance novelist, penning eight books under the nom de plume Selena Montgomery.

"I am honored to be delivering the Democratic State of the Union response," Abrams said in a statemment. I plan to deliver a vision for prosperity and equality, where everyone in our nation has a voice and where each of those voices is heard.”

Along with Abrams, California Attorney General Xavier Becerra will deliver the Democrats' Spanish-langauge response to the president's State of the Union speech.

The news of Abrams’ response comes a day after Trump accepted House Speaker Nancy Pelosi's invitation to deliver his State of the Union speech on Feb. 5, a week later than originally scheduled because of the partial government shutdown.

"It is my great honor to accept," Trump said in a letter to Pelosi. "We have a great story to tell and yet, great goals to achieve!"

The speech had initially been scheduled for Jan. 29, but Pelosi postponed it amid what turned into a 35-day partial government shutdown over Trump's demand for border wall funding. It was the first known time that a speaker had rescinded an invitation to deliver the State of the Union.

Pelosi had postponed the speech, first as a "suggestion" and later, after Trump declared his intent to appear anyway, as a formal rescission. The president then refused to allow her to lead a delegation overseas on the military jets he commands. The president said he was considering an "alternative" plan.

Finally, last Friday, Trump capitulated. All sides agreed to fund the government through Feb. 15 to give negotiators time to discuss border security. And on Monday, Pelosi confirmed the State of the Union was back on — on her schedule.

The Constitution states only that the president "shall from time to time give to the Congress Information of the State of the Union," meaning the president can speak anywhere he chooses or give his update in writing.

But a joint address in the House chamber, in front of lawmakers from both parties, the Supreme Court justices and invited guests, provides the kind of grand backdrop that is hard to replace and that this president, especially, enjoys.

Fox News Chad Pergram and The Associated Press contributed to this report.