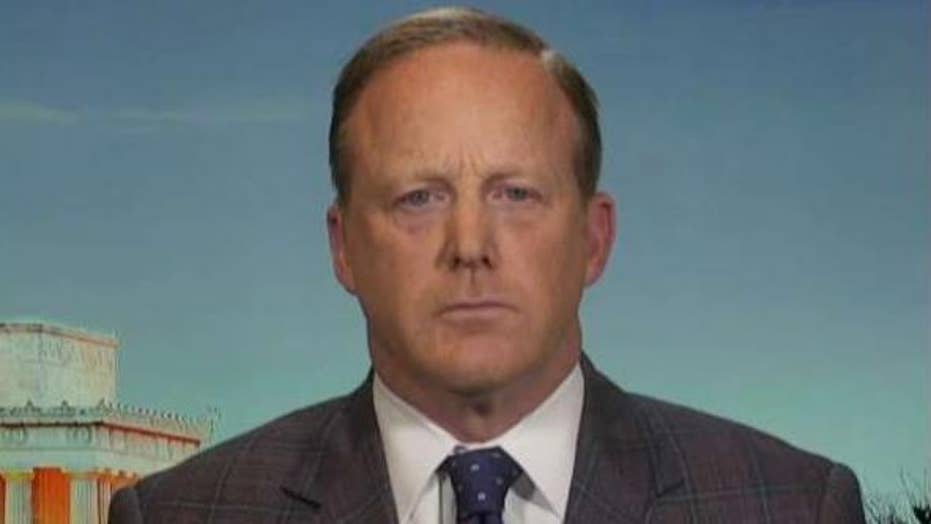 "It's very hard to turn around after a hard-fought campaign in which you've been very critical of someone and say, by the way, this adviser that I fired that you brought on board, you shouldn't listen to him. You should get rid of him. At that point, the president really wasn't taking a ton of cues from the Democratic Party and Democratic leadership that had lobbed aggressive tactics at him the whole time," Spicer said on "The Story with Martha MacCallum."

FOX NEWS EXCLUSIVE: RUSSIAN ACADEMIC SAYS HER CONTACTS WITH FLYNN WERE USED TO 'SMEAR' HIM

Flynn, was fired in 2014 by the Obama administration as the head of the Defense Intelligence Agency and was a national security adviser for Trump for a month before he was fired for lying about his contacts with Russia.

This week it was revealed that Flynn was under FBI investigation earlier than previously thought, according to a little-noticed section in Special Counsel Robert Mueller's report on Russian election meddling -- and the former national security adviser's brother told Fox News exclusively this week that the revelation suggested a long-running, high-level effort to "trip him up" and "trap" him.

Spicer called out the intelligence chiefs at that time for not informing the president about Flynn being under investigation.

"So, there was plenty of opportunity for the intelligence chiefs who were briefing us on other topics to say, Mr. President, I need to tell you something else. And that never happened. And that's important to know."

Earlier in the interview, Spicer explained that Flynn's initial support of Trump was the reason the president initially stood by the general.