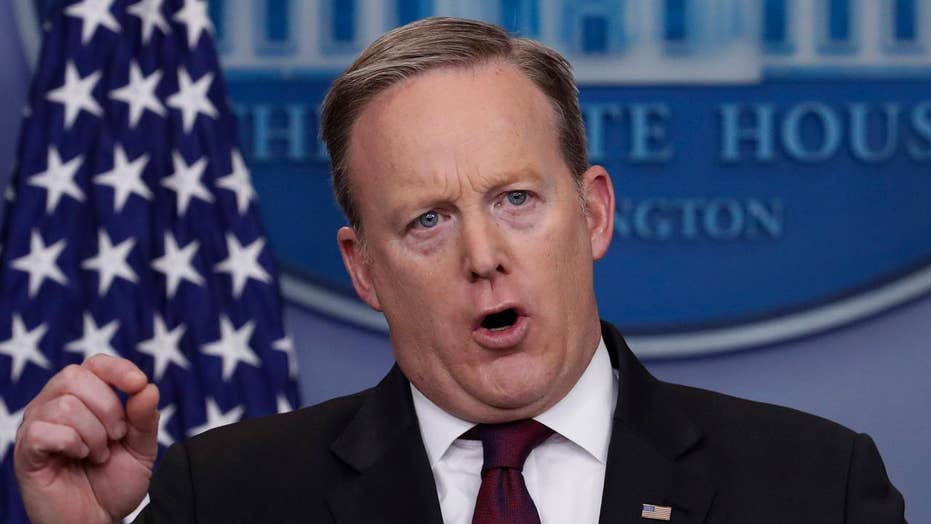 As the Trump administration hunts for the source of a series of politically embarrassing leaks that have plagued the young administration, dozens of White House staffers have had their phones searched in what is being termed “recess” compared to what may be planned, two top administration officials told Fox News.

One official told Fox that White House Press Secretary Sean Spicer called nearly two dozen staffers into his office and demanded the staffers’ cell phones in order to check for evidence of leaks. Spicer warned that the initial search would be “recess” compared to what awaits staffers in round two of the investigation, if the leaker – or leakers – aren’t discovered.

A second senior administration official confirmed the first official's account to Fox, adding that staffers were instructed to place their phones on a desk as soon as they walked in.

Spicer also deleted the Confide app from his phone to show that high-ranking officials weren’t immune to rules and regulations, Fox News learned.

Confide is an encrypted messenger app that does not allow forwarding of a message or for screenshots to be taken of messages. It also deletes a message after it’s been sent. According to CNN, Spicer told the group of aides that using the app for White House communications violates the Federal Records Act.

The entire cellphone search and lecture on communications was done with White House counsel Don McGahn standing by, according to CNN. Politico reported that Spicer consulted McGahn prior to calling the “emergency meeting,” Politico reported.

Staffers had not only their work phones searched, but also whatever other electronics were on them when they entered Spicer’s office, according to Politico.

Ironically, Spicer’s warning about leaking quickly leaked to the press.

President Trump and his top advisers have grown increasingly frustrated as unnamed and anonymous sources continue to populate a deluge of negative press. Politico reported that the mood inside the communications department has grown tense, with a Spicer deputy being driven to tears during a recent meeting. Spicer and the deputy denied the report.