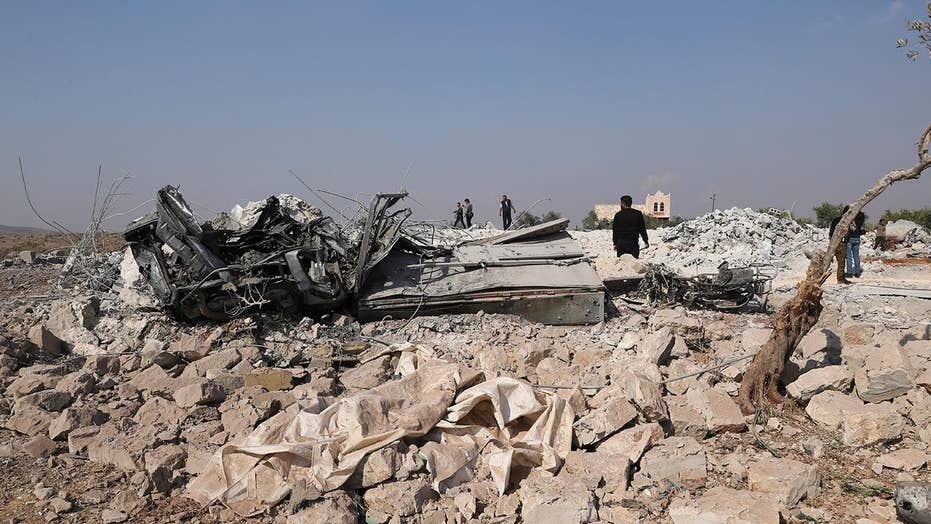 Brett Velicovich breaks down how the mission was executed to take down the ISIS leader.

Though no U.S. forces were killed in the Saturday evening raid that led to the death of an ISIS leader, one military working dog suffered severe injuries in the line of duty.

The dog, whose name and breed remain unknown, chased Abu Bakr al-Baghdadi into a tunnel and cornered him. With no place to go, the terrorist leader blew himself up along with three of his children, who he was using as human shields. The dog’s injuries highlighted the importance of military working dogs in special operations. Often, they will enter the danger zone with a camera on their backs before the humans do so.

"The dog is a war veteran and a valued member of the team," a currently serving soldier assigned to Delta Force told the Washington Examiner. The soldier did not provide details, pending permission from the dog's handler and chain of command. Everyone involved in the mission is being debriefed and is out of communication for the time being, the soldier said. Within the community, he says, "The injury to the dog is an injury to one of us. These dogs are a special breed of courageous."

Military working dogs are essential teammates for U.S. soldiers, especially in the counterinsurgency and counterterrorism operations that followed the terrorist attacks on September 11, 2001. But the dogs used by the military’s most elite units are elite themselves. Like their human counterparts, they are hand-picked to serve in units like Delta Force, the Army Rangers, and the Navy SEALs.

In the May 2011 Navy SEAL raid in which al Qaeda leader Osama bin Laden was killed, a Belgian Malinois dog called Cairo flew into Abbotabad in Pakistan on a Black Hawk. Cairo, four SEALs, and a translator were used to help secure the perimeter around the compound while six other SEALs stormed the building.

The multipurpose canines, usually German shepherds or Belgian Malinois, are capable of a variety of tasks, including attacking the enemy and bomb-sniffing. They are often the first into the breach in a fight, giving them special significance among the special operations forces with which they operate.