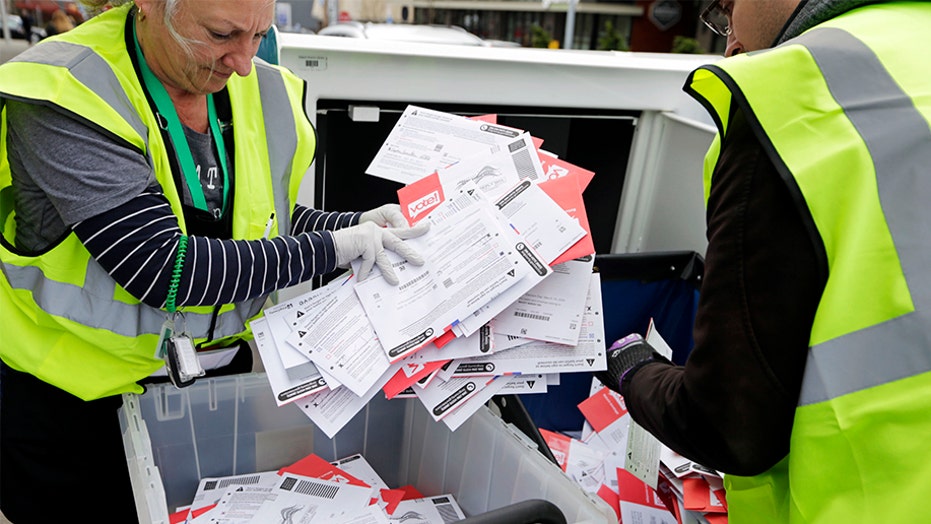 South Carolina election ballots reportedly ended up in Maryland this week, after mail-in voting for the Palmetto State’s June 9 primary has already begun, according to local news reports.

South Carolina election officials may cut ties with the company they used, Minnesota printer SeaChange, over the mix-up after about 20 Charleston County absentee ballots were found outside the state, the reports say.

Election officials say this isn’t the first absentee ballot issue they’ve had with the company, which prints and mails ballots for 13 South Carolina counties.

Some voters in Greenville County received the wrong absentee ballots when the Democratic presidential primary and the special election for sheriff were held just 10 days apart, Election Commission spokesman Chris Whitmire told the Post and Courier. Voters in Charleston received ballots that were folded in a way that made them tough to read by scanning machines.

With less than three weeks before the June 9 primary for state and local seats, South Carolina has already issued 20 percent more absentee ballots than the total for the 2018 primary, according to Whitmire.

This comes after November 2018 Richland County failed to count 1,040 votes, submitting results two days after the S.C. Democratic primary because election officials realized they could not account for dozens of ballots. In March 2020, Richland County again realized it was short dozens of absentee ballots, forcing a recount by hand.

President Trump has repeatedly lashed out at state leaders’ push to expand voting by-mail this election. On Wednesday, he threatened to hold up funding to Michigan for sending out absentee applications to all voters.

“Michigan sends absentee ballot applications to 7.7 million people ahead of Primaries and the General Election,” Trump tweeted. “This was done illegally and without authorization by a rogue Secretary of State. I will ask to hold up funding to Michigan if they want to go down this Voter Fraud path!” In an earlier since-deleted tweet, Trump had claimed that Michigan had sent out absentee ballots to all Michigan voters.

Benson explained, “We sent applications, not ballots. Just like my GOP colleagues in Iowa, Georgia, Nebraska and West Virginia.”

“Every Michigan registered voter has a right to vote by mail. I have the authority & responsibility to make sure that they know how to exercise this right - just like my GOP colleagues are doing in GA, IA, NE and WV. Also, again, my name is Jocelyn Benson,” she added in a subsequent tweet.