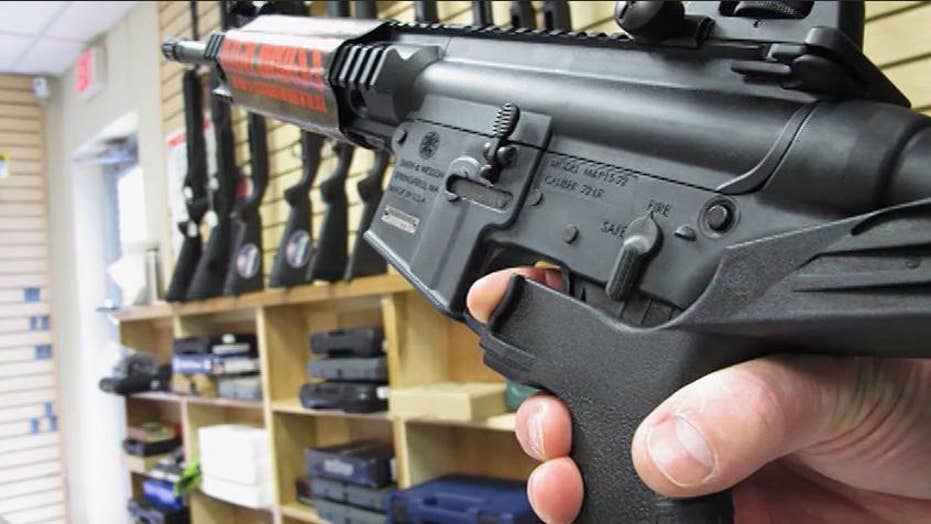 South Carolina’s capital is first to ban bump stock use

South Carolina’s capital has become one of the first cities in the US to pass an ordinance banning the use ofbump stocks since a mass shooting in Vegas took the lives of 58 and injured nearly 500 others.

COLUMBIA, S.C. – The capital of South Carolina has become the first U.S. city to ban bump stocks, nearly three months after a gunman who apparently used those devices opened fire on an outdoor concert in Las Vegas, killing 58 and injuring nearly 500.

“I shudder to think of these devices being used for bad,” Mayor Steve Benjamin told Fox News. “There’s no good reason for them to be on the streets of America and it’s high time that someone decided to step up and speak up and do something about it.”

The city of Columbia passed the ordinance on Tuesday making it illegal to attach bump stocks to firearms within city limits, excluding military and law enforcement engaged in training.

“We are drawing a line in the sand in our city and hoping that cities and states and eventually the U.S. Congress will also seek to make these devices illegal,” Benjamin said.

Numerous bills were introduced in Congress shortly after the Vegas massacre. One bill in the House collected more than two-dozen signatures, but legislative momentum initiated by deadliest shooting in modern history has since stalled.

The newly implemented ordinance does not make it illegal for a resident to possess the attachment. “Once you attach them to the firearm and it turns into the killing machine that it is, then we have to make sure that we act on behalf of the public interest,” Benjamin said.

Violating the legislation is a misdemeanor punishable by a $500 fine and up to 30 days in jail.

The accessory, found online for as low as $23, causes the stock on a rifle to bounce back and forth between the shooter’s shoulder and trigger finger, producing rapid fire.

“The simple fact is that automatic weapons have been illegal in this country for more than 30 years,” Benjamin said in a statement. “The only purpose these devices serve is to circumvent that law multiplying firing rates tenfold to approximately 400-800 rounds per minute and turning a semi-automatic firearm into a mass murder machine.”

Not everyone in the Palmetto State approves of the regulation. Some believe it is infringing on gun owners’ rights.

“There has not been an issue within the city of Columbia, within Richland County or the state, to my knowledge,” gun range owner Sherra Scott told Fox News. “I believe they are doing it as a feel-good legislation to make their constituents think they are doing something about violence in general.”

Scott argues banning bump stocks will not stop someone with a gun from modifying a weapon to rapidly fire.

“You can take any normal item and turn it and use it for evil,” Scott said shortly before explaining how something as simple as a rubber band can be used to modify a rifle.

She feels the best solution is for people using guns to be responsible.