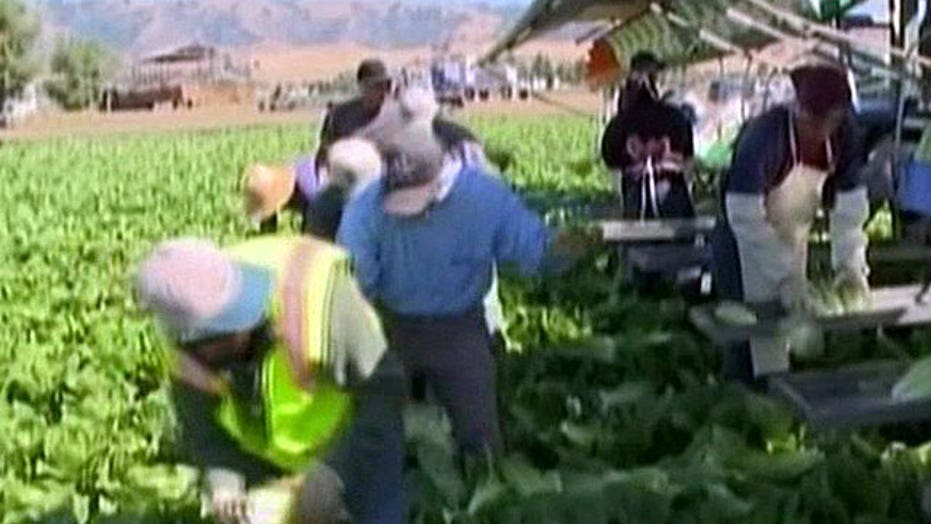 As the Senate inches closer to a deal on immigration reform legislation, South Carolina is emerging as a major battleground in the debate.

It's not because of South Carolina's location -- after all, it's not a border state. Rather, it's because South Carolina is home to Sen. Lindsey Graham, a Republican champion of reform and member of the bipartisan "Gang of 8" negotiating a draft bill, and Rep. Trey Gowdy, who chairs the House Immigration Subcommittee. Both will play an integral role in any reform legislation as it makes its way through Congress.

"It's become ground zero," Graham said of the Palmetto State. "If you can sell it here, you can sell it anywhere. And the opponents of immigration reform see this as a test case."

Which is why opponents of immigration reform have targeted South Carolina -- and Graham specifically -- with an ad campaign that plays the "job" card. The ad stokes concern that if given legal status, immigrants will steal American jobs.

"The consequences of breaking immigration law is, you have to go home," said Roy Beck of Numbers USA. The group played an integral role in torpedoing immigration reform in 2007. "Everything about this says 'you don't have to go home.'  You get to stay here and you get to keep the jobs that you came here to steal."

Graham and his House colleague dismiss the notion that illegal immigrants are taking jobs from unemployed Americans.

"I would love for them to come join me the next time I have a conversation with my farmers," said Gowdy. "Because they advertise and post jobs and they can't get anyone to come except immigrant labor."

Gowdy told Fox News the time has come to take a serious look at what he calls the nation's broken immigration system. And he is optimistic South Carolinians will buy in.

"If there is one thing we have to do in South Carolina, it is convince our fellow citizens that this is the last time they're going to hear about this issue, problem, whatever word you want to use, in their lifetime."

The two have powerful allies in the South Carolina business community, and among evangelical leaders who have launched an ad campaign to promote reform.

Among the group is Richard Land of the Ethics and Religious Liberty Commission. He insists there has been a sea change among religious conservatives regarding immigration reform.

"They have come to understand that this in an intolerable situation that we have," Land told Fox News. "We have a broken system that needs to be fixed."

While evangelical leaders are now on the same page with reform, the more difficult task is to effectively promote that position in neighborhood churches. One argument they make is that many illegal immigrants have become evangelicals and should be welcomed into the larger fold.

"If the Republican Party wants to remain a national party that can win national elections, it's going to have to get a significant portion of the Hispanic vote," Land told Fox News.

Graham agreed. "We've gone from 44 percent to 27 percent of the Hispanic vote. Not because conservatism is bad -- it's because the rhetoric around immigration has tainted the Republican brand with the Hispanic community for no good reason. We're going to fix this problem."

Gowdy cautions anyone who thinks the Republican Party is just one immigration reform deal away from turning the tide with Hispanic voters.

But he does see the potential to change perceptions of the Republican Party among Hispanics, and open the door to a broader conversation.

"When you don't think the politician talking to you likes you or cares about you, or cares about the people that you have something in common with, it's kind of hard to hear the rest of what they have to say," he said.