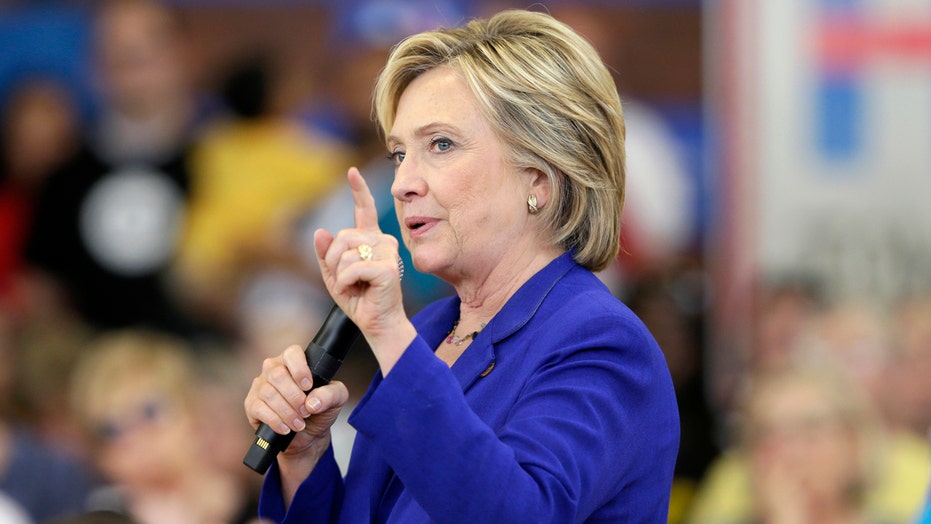 Next batch of released Clinton emails will focus on Libya

FBI Director James Comey has started briefing select lawmakers on the status of the investigation into Hillary Clinton's private server, and confirmed investigators are actively looking for evidence the server was compromised by a foreign entity or hacker, a congressional source told Fox News.

According to the source, Comey also reassured lawmakers his "top people" are handling the investigation. Comey said no resource is being spared and his team is working "24/7" to determine whether classified information was compromised, the source said.

No evidence of a breach has been confirmed so far, Fox News is told. The discussion was part of an intelligence briefing.

Speaking to an annual intelligence conference in September, Comey was asked by Fox News whether he could assure the public that the high-stakes investigation would not be influenced by politics.

"I'm not going to comment, as we never do, on any particular investigation of ours," Comey explained. "But I can assure the American people about this, I hope they already know it about the FBI, we are three things -- we're competent, we're independent, and we're honest. We do all of our work that way. We don't give a rip about politics. We follow the facts where they lead us. We do our work professionally, and we also do it in secret so that we don't jeopardize our ability to do it well."

Security analysts and lawmakers previously have cited the risk of any top-level official using a private email account. Asked about Clinton's email practices in a recent congressional hearing, National Security Agency Director Michael Rogers noted the use of a private email account by the foreign minister of Iran and Russia would present an "opportunity" for any spy agency.

As investigators continue their work, forensic computer specialists say any compromise of Clinton's account would leave malicious code on the server that can be recovered.

And an intelligence source close to the investigation recently told Fox News that the FBI maintains "the highest degree of confidence" emails are being recovered, adding that "shadows and ghosts" were on the server after messages were deleted.

Fox News was told Comey emphasized his term as director is a fixed term of 10 years, implying he has the independence to pursue the investigation as any other.

The FBI has declined to comment, citing an ongoing investigation.