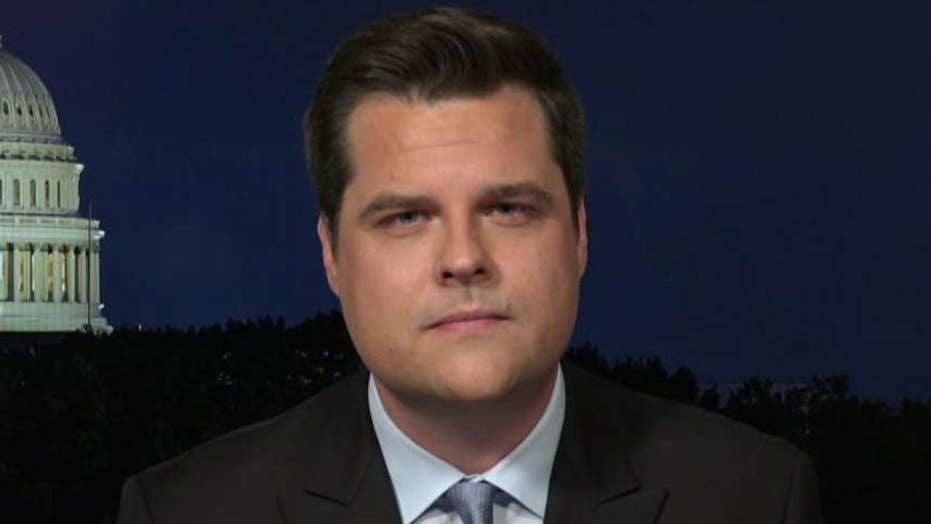 Florida Congressman Matt Gaetz, R-Fla., had a non-Kodak moment Tuesday after a sixth-grade girl was snapped giving the lawmaker the middle finger during a school visit.

Gaetz met with students at Shoal River Middle School in Crestview, Fla., to lecture them on civics when he decided to take a selfie with the sixth graders. Many students struck a pose or smiled for the photo except for one girl in the front row who flipped the bird directly at Gaetz. The congressman posted the photo on his Facebook page.

Angela Marie, who identified herself as girl’s mother, commented on Gaetz’s photo apologizing for her daughter’s “unacceptable” gesture.

“As the mother of the little girl very disrespectfully flipping the ‘bird,’ I will be dealing with her at home tonight! I absolutely have raised her better than this, and I promise this will never happen again! I have been dealing with her wanting to ‘fit in’ and I promise you, I am livid. Political views aside, this is completely unacceptable. Mr. Gaetz, I apologized on behalf of my daughter. I am very sorry this occurred,” she wrote.

Gaetz replied that he understood and had an “occasional lapse of judgement as a middle schooler.”

“Teaching moments like this are a good thing. I had a lovely time with the students,” he said.

The congressman said he would not take down the photo, calling the snap a “good teaching moment.”

“You never know what’s going to happen on Open Gaetz Day,” he said, referring to his district tours.