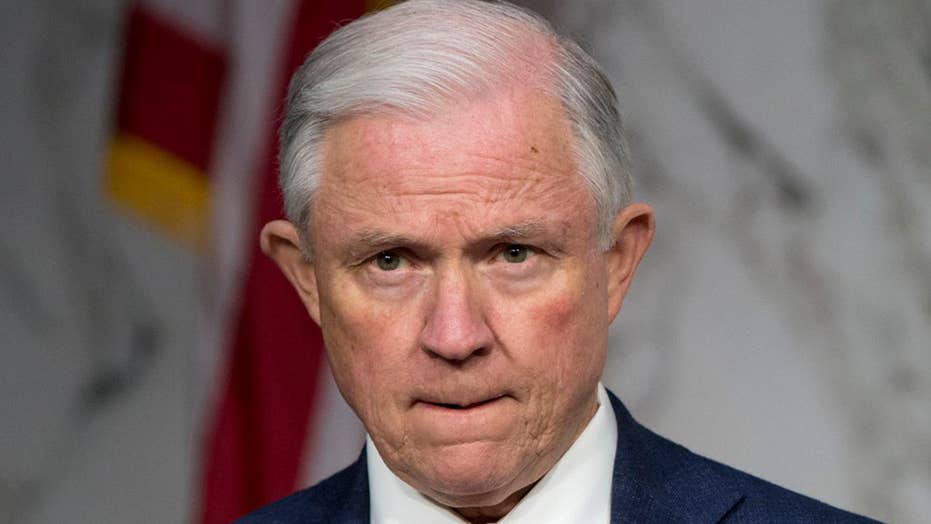 Attorney General Jeff Sessions is launching a review of a docket practice that has been used by immigration judges to set aside cases indefinitely, senior Justice Department officials tell Fox News.

The practice, known as "administrative closure," has the effect of giving the subjects of those cases permission to remain in the U.S. and keep any benefits they have been given such as a work authorization.

Sessions has certified one such case for his personal review. This allows him to consider the factors of the case and, according to senior DOJ officials, "render a decision that is binding on immigration courts, and everyone across the federal government writ large."

Sessions could, in this way, potentially end the practice of administrative closures.

The authority Sessions is employing is spelled out in the statute of the Immigration and Nationality Act. Senior DOJ officials note that the same authority has been used multiple times by previous attorneys general, including Eric Holder, Loretta Lynch, Michael Mukasey, Alberto Gonzales and John Ashcroft.

There are currently 350,000 immigration cases that are administratively closed. The Obama administration closed more than 180,000 pending immigration court cases without a final decision in just four years, more than were closed in the previous 22 years combined.

Sessions has sent a letter to the parties of the case under review and the Department of Homeland Security, asking a number of questions. Senior DOJ officials told Fox News the attorney general plans to use the answers to help inform his decision.

Among those questions is whether the judges and decision-makers "have the authority, under any statute, or regulation, or delegation of authority from the Attorney General, to order administrative closure in a case?"

Sessions also asks what actions should be taken regarding administratively closed cases if he were to determine that judges and the appeals board do not have that authority.

The attorney general has given the parties until Feb. 2 to file their responses.

There is currently a backlog of roughly 650,000 immigration cases -- a decision to end the administrative closure practice could add 350,000 cases to that pile.