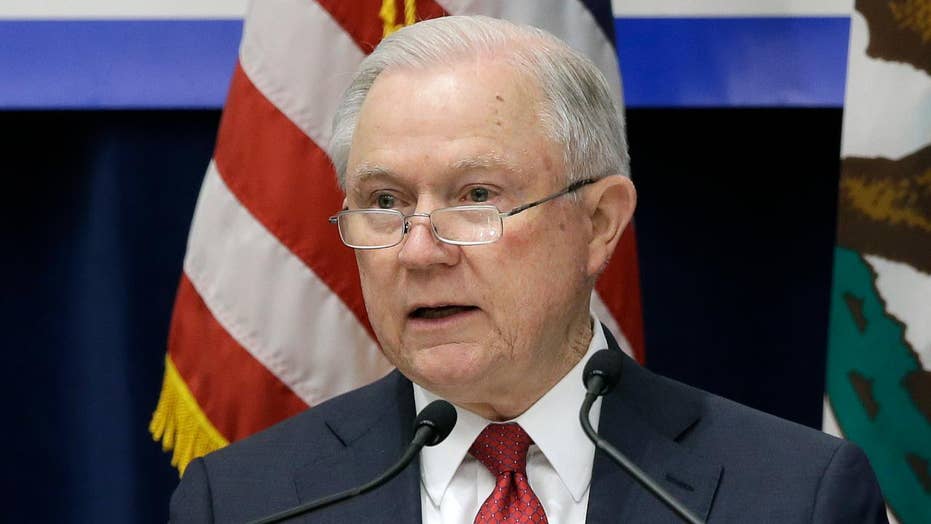 Attorney General Sessions says the DOJ has a responsibility to ensure the integrity of the FISA process. In a separate development, former Trump campaign manager Lewandowski to appear before the House Intelligence Committee.

Attorney General Jeff Sessions is encouraging all U.S. attorneys to pursue the death penalty in certain drug cases, hours after President Trump said this option needs to be considered more.

“I strongly encourage federal prosecutors to use these statutes, when appropriate, to aid in our continuing fight against drug trafficking and the destruction it causes in our nation,” Sessions wrote in a memo sent Tuesday and made public Wednesday.

President Trump brought up the proposal during a speech Monday in New Hampshire in which he rolled out his administration’s new plan to fight opioid abuse.

"If we don't get tough on the drug dealers, we're wasting our time," Trump told the crowd. ”That toughness includes the death penalty."

Sessions said in his memo that because the opioid epidemic killed more than 64,000 American in 2016, “we cannot continue with business as usual."