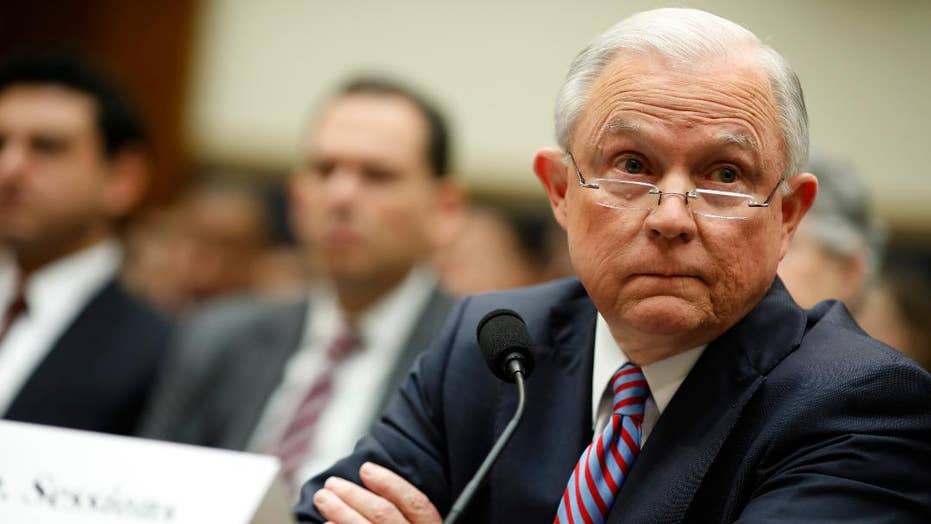 Former Attorney General Loretta Lynch picked up an unlikely defender on Tuesday, when her successor said he carries on her tradition of using a fictitious name in official Justice Department email correspondence.

During his highly-anticipated testimony before the House Judiciary Committee, Attorney General Jeff Sessions was pressed by Rep. Matt Gaetz, R-Fla., over whether he was recused from investigating a swath of issues –including "Elizabeth Carlisle," Lynch's email alter ego.

Lynch used the pseudonym for official emails, including ones related to her now-infamous tarmac meeting in the summer of 2016 with former President Bill Clinton.

“I don’t think so,” Sessions said, in response to whether he was recused from investigating that email account. “I would say in defense of Attorney General Lynch, that I have a pseudonym also.

“She was probably following the advice of the Department of Justice,” he added.

SESSIONS TO FACE URANIUM ONE, CLINTON, RECUSAL QUESTIONS ON HILL

Sessions, however, did not reveal his secret name.

Top federal officials using email aliases is neither illegal nor new. Other members of the Obama administration also used them, arguing that they were used due to security concerns.

Lynch’s pseudonym was revealed when 413 pages of Justice Department documents were provided to conservative watchdog groups Judicial Watch and American Center for Law and Justice this summer.

Lynch’s attorney, Robert Raben, said this summer that the Justice Department acknowledged in February 2016 that Lynch was using the “Elizabeth Carlisle” alias.

The emails were provided to the watchdog groups in connection to their lawsuits seeking information about Lynch’s June 27, 2016 meeting with former President Clinton, which came under scrutiny. The meeting came amid former FBI Director James Comey’s investigation into whether Hillary Clinton had revealed classified information while using a private email server as secretary of state.

SESSIONS: I HAVE 'ALWAYS TOLD THE TRUTH' IN TESTIMONY; SAYS HE DOES NOT RECALL CONVERSATION WITH CARTER PAGE

Comey himself had an online alias, tweeting under the name "Reinhold Niebuhr" during at least part of his time as FBI director. He recently came clean, and began tweeting under his real name. 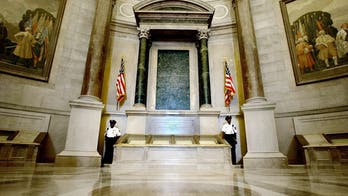 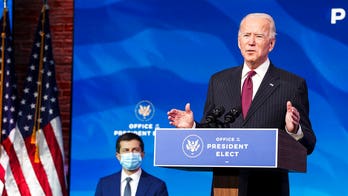