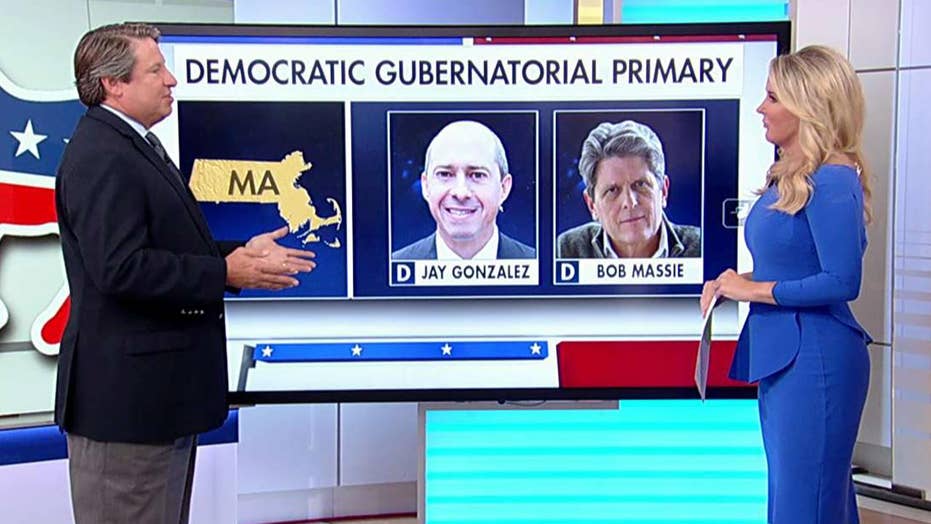 What to know about the Massachusetts primary race

Tuesday’s primary delivered another political upset, setting the stage for the first black woman to represent Massachusetts in Congress.

AP (FILE - Republican Gov. Charlie Baker will square off with Democratic candidate Jay Gonzalez in November as he hopes to win re-election for a second term.)

On the Democratic side, Jay Gonzalez won his party’s primary, edging out Robert Massie – a longtime political and environmental activist, who struggled to raise cash for his campaign.

Both Baker and Gonzalez share a similar background, working as state secretary of administration and finance under their party’s respective governor, while also leading a health insurance company after leaving politics. They will square off in November.

Democratic U.S. Sen. Elizabeth Warren had no challenger in Tuesday’s primary, and will face Republican state Rep. Geoff Diehl who defeated two other GOP opponents for the chance to unseat Warren in November.

The GOP will have a tough time defeating Warren, who is also widely considered as a contender in the 2020 presidential race, as Massachusetts is strongly opposed to Trump and the Republicans make up less than 11 percent of the electorate.

AP (FILE - It will be a tough battle in November for Republican's to try and unseat Democratic U.S. Sen. Elizabeth Warren, who had no challenger in Tuesday's primary.)

Warren has previously said she is not running for president.

Pressley’s victory comes on the heels of Ocasio-Cortez’s upset over longtime Rep. Joe Crowley, D-N.Y in a primary earlier this year, and is yet another indication of the changing of the guard within the Democratic Party as it seeks a more younger and diverse base.

There is no Republican challenger on the November ballot, essentially guaranteeing the 44-year-old to become Massachusetts’ first black woman to serve in Congress.

Here are the unofficial results for all 9 Congressional Districts that held primaries on Tuesday: