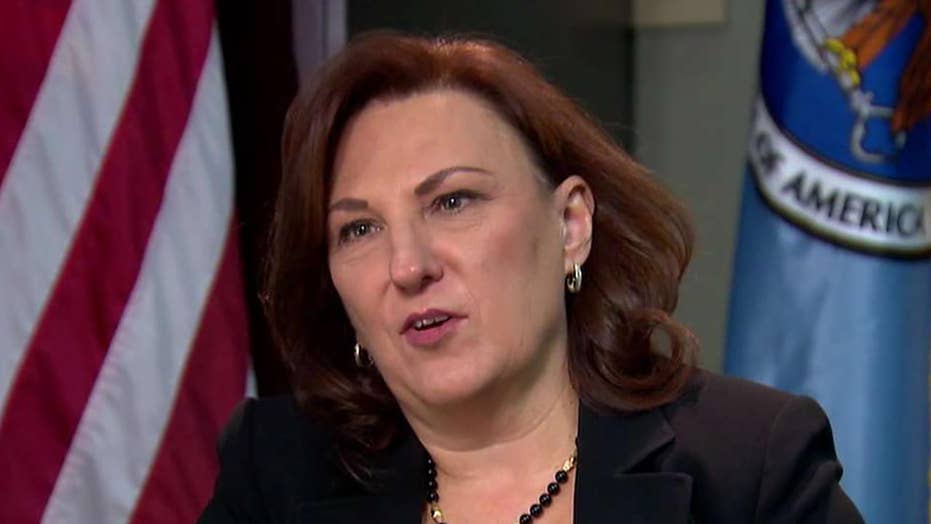 The United States' top four nation-state cyber adversaries are Russia, China, Iran and North Korea, and nothing is off limits, including the nuclear arsenal, a senior NSA official told Fox News in an exclusive interview.

Bailey is charged with guarding national security systems across the Defense Department and U.S. government - with hundreds of thousands of probing attacks daily.

"Cybersecurity is a leveler, so you don't have to be a nation-state to have really advanced tools and to invoke damage," she said.

Bailey, whose official title is deputy national manager for national security systems, said that they have seen very active cyberactivity in relation to the four nation-state adversaries and the Islamic State terror group.

In the halls and offices of this secretive agency, Bailey explained targeting goes beyond government computer networks to weapons systems.

“So think of aircraft carriers, planes, tanks, ships, all of those things are part of the national security systems that we worry about,” she said. “We provide codes, keys, crypto. We provide keying for all NC2 nuclear command and control for the nation."

That also includes the infamous black suitcase – also nicknamed the “nuclear football” – which is always near the president and allows the commander in chief to authorize a nuclear attack.

The nuclear football, an attractive target for hackers. (Reuters)

Asked if she was trying to ensure its security, Bailey said, "Absolutely, everything, all nuclear devices."

She said the suitcase is an attractive target for hackers going after weapons and nuclear systems.

“Here is nothing that is off the plate,” Baily said.

When there is a major cybersecurity event, targeting U.S. government and military networks, the NSA is either called in, or dispatches, teams of specialists to limit the damage and identify the hackers.

"Cyber never sleeps, no weekend in cyber," said 28-year-old Charles Hobson, who is part of the NSA's red team – essentially a cyber-SWAT team. The members rarely speak publicly about their work.

"While we catch these guys in our networks, we want to tell the story of how they got in so we can prevent them from having future success," he said.

As Bailey put it, "I want people to know that NSA is working very hard. NSA is an organization that has people that are experts in these fields."

With an ever-evolving threat, the work demands a team in place to anticipate and confront the myriad challenges.

Bailey emphasized that a new integrated cyber center is being built on the agency’s west campus, where “we're bringing together our partners across the government like DHS, FBI and DIA [Defense Intelligence Agency].”

“We're bringing together our top allies that we partner with to sit in there so we're all seeing this data in real time and we have very robust information sharing," she said.