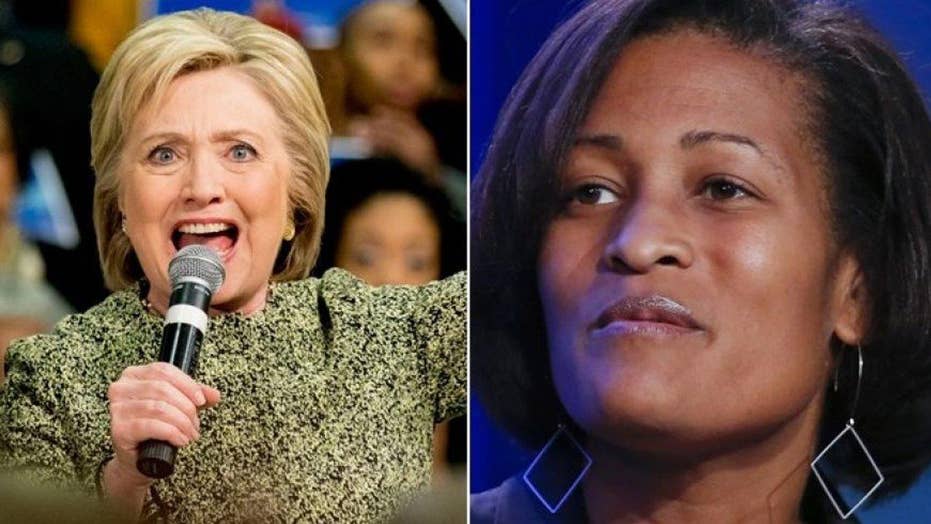 Current and former intelligence officials say it is standard practice to suspend a clearance pending the outcome of an investigation. Yet in the case of Cheryl Mills, Clinton’s former chief of staff at the State Department, two letters indicate this practice is not being followed -- even as the Clinton email system remains the subject of an FBI investigation.

In an Oct. 30, 2015, letter to Senate Judiciary Committee Chairman Charles Grassley, R-Iowa -- who has been aggressively investigating the Clinton email case -- Mills' lawyer Beth A. Wilkinson confirmed that her client “has an active Top Secret clearance." The letter said previous reporting from the State Department that the clearance was no longer active was wrong and due to "an administrative error."

The letters come amid multiple congressional investigations, as well as an FBI probe focused on the possible gross mishandling of classified information and Clinton's use of an unsecured personal account exclusively for government business. The State Department is conducting its own administrative review.

Under normal circumstances, Mills would have had her clearance terminated when she left the department. But in January 2014, according to the State Department letter, Clinton designated Mills “to assist in her research.” Mills was the one who reviewed Clinton’s emails before select documents were handed over to the State Department, and others were deleted.

Dan Maguire, a former strategic planner with Africom who has 46 years combined service, told Fox News his current and former colleagues are deeply concerned a double standard is at play.

"Had this happened to someone serving in the government, their clearance would have already been pulled, and certainly they would be under investigation. And depending on the level of disclosure, it's entirely possible they would be under pretrial confinement for that matter," Maguire explained. "There is a feeling the administration may want to sweep this under the rug.”

On Monday, the State Department was scheduled to release the final batch of Clinton emails as part of a federal court-mandated timetable.

So far, more than 1,800 have been deemed to contain classified information, and another 22 “top secret” emails have been considered too damaging to national security to release even with heavy redactions.

As Clinton's chief of staff, Mills was a gatekeeper and routinely forwarded emails to Clinton's personal account. As one example, a Jan. 23, ‎2011 email forwarded from Mills to Clinton, called "Update on DR meeting," contained classified information, as well as foreign government information which is "born classified."

The 2011 email can be declassified 15 years after it was sent -- indicating it contained classified information when it was sent.

Fox News was first to report that sworn declarations from the CIA notified the intelligence community inspector general and Congress there were "several dozen emails" containing classified information up to the most closely guarded government programs known as “Special Access Programs.”

Clinton has maintained all along that she did not knowingly transmit information considered classified at the time.

The U.S. Department of State Foreign Affairs Manual lays out the penalties for taking classified information out of secure government channels – such as an unsecured email system. While the incidents are handled on a "case by case" basis, the manual suggests the suspension of a clearance is routine while "derogatory information" is reviewed.

The manual says the director of the Diplomatic Security Service, "based on a recommendation from the Senior Coordinator for Security Infrastructure (DS/SI), will determine whether, considering all facts available upon receipt of the initial information, it is in the interests of the national security to suspend the employee’s access to classified information on an interim basis. A suspension is an independent administrative procedure that does not represent a final determination …”

Fox News has asked the State Department to explain why Mills maintains her clearance while multiple federal and congressional investigations are ongoing. Fox News also asked whether the department was instructed by the FBI or another entity to keep the clearance in place. Fox News has not yet received a response.