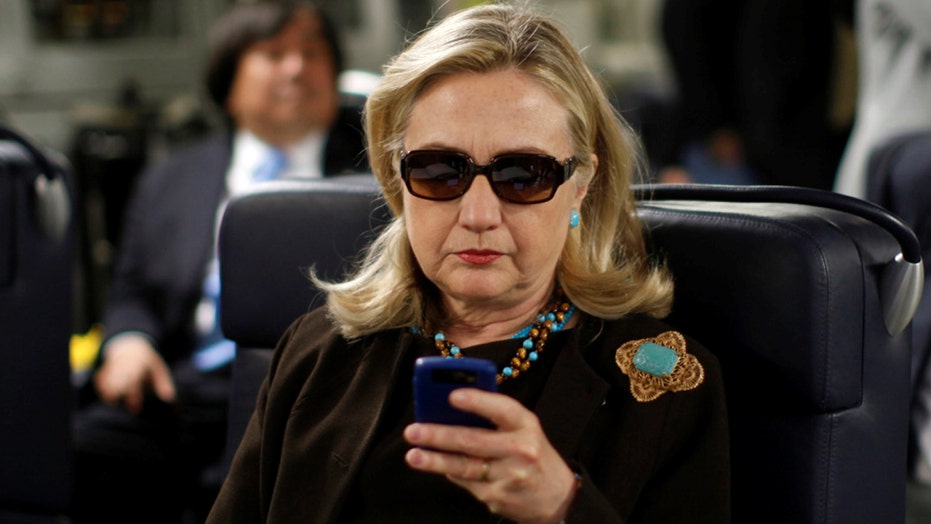 Two top Republican senators have written directly to Secretary of State John Kerry and Director of National Intelligence James Clapper about possible leaks from their departments on the review of Hillary Clinton’s emails that left the wrong impression that two “Top Secret” messages were not that sensitive.

Fox News has confirmed the letter was sent by Senator Bob Corker, R-Tenn., who chairs the Foreign Relations Committee, and Sen. Richard Burr, R-N.C., who heads the powerful  Intelligence Committee, on November 13.  Copies were sent to the intelligence community and State Department watchdogs, known as the Inspectors General.  The IGs were asked to conduct an independent review of the process.

While the Corker-Burr letter is not public, Fox News has confirmed that the senators included a Politico report from November 6 in which unnamed sources claimed the two Top Secret emails had been downgraded after a second review.

While hailed by Clinton’s supporters as evidence she did not break the law by sending classified information on her personal email account, the Politico story was later updated to reflect the fact that Clapper’s office said no final classification determination had been reached and the review was ongoing.

The senators are now asking the State Department and the Office of the Director of National Intelligence  for information in 9 categories including the unredacted copies of the Top Secret emails, an explanation of how the review is conducted, as well as any instructions provided to the State Department and FBI about the status of the Top Secret emails and how they should be handled.

Andrea G. Williams, spokeswoman for the intelligence community inspector general, said there had been no change in the Top Secret emails status. Both were classified Top Secret at the time they were sent and received on Mrs. Clinton's server.

Williams also confirmed  the Burr-Corker letter was received by their office, adding the intelligence community watchdog “…was asked to look into what is/has been done with regard to any ongoing reviews of the two Top Secret emails. We were also asked to follow up on the recommendations we made to the State Department regarding their FOIA review process (in June).”

Earlier this year, as Fox News reported, irregularities were discovered at the State Department after a separate group of emails had their classification  codes allegedly changed after passing through the State Department lawyers. The codes went from B1 “classified” to B5 “executive deliberations.” B5 is like a big black hole because under the exemption, the text can be withheld entirely from Congress and the public.

In addition, Williams said, “We found that the storage and distribution of FOIA material was occurring on a SECRET level network, and are concerned since information at the TS (Top Secret) level has been discovered.”

The two Top Secret emails were identified earlier this year after a random sample of Clinton emails was collected, and at least four emails were deemed classified, including the two at the highest level -- Top Secret.  With this week’s release, the number of classified emails now stands at 999.

Both Senators also expressed concern about the apparent delay finalizing the emails’ classification.   The Top Secret emails are said to contain intelligence from the satellite imagery agency known as the NGA as well as the CIA.

Experts say only the intelligence agency that gets the information in the first place has the authority to determine its classification.

The State Department then asked the Office of the Director of National Intelligence who oversees all the intelligence agencies to do a second review, though it is not clear what statutory authority Clapper has to make any classification changes.

“If the information is a report from a CIA asset overseas, then the CIA gets to decide if the information is classified and can designate it as such,”  said national security defense attorney Edward  MacMahon Jr., who has handled high profile leak investigation, including the recent prosecution of former CIA officer Jeffrey Sterling.

He said he knows of no mechanism under the law to challenge the classification of a document. “Then if someone at the State Department receives it, they have no ability to say, "this shouldn't be classified," I'm not aware of any procedures for appeals of that matter,” he said.

A spokesman for the Director of National Intelligence, Brian Hale, told Fox News their office had responded to the senators’ letter on Tuesday.

There was no immediate response from the State Department.