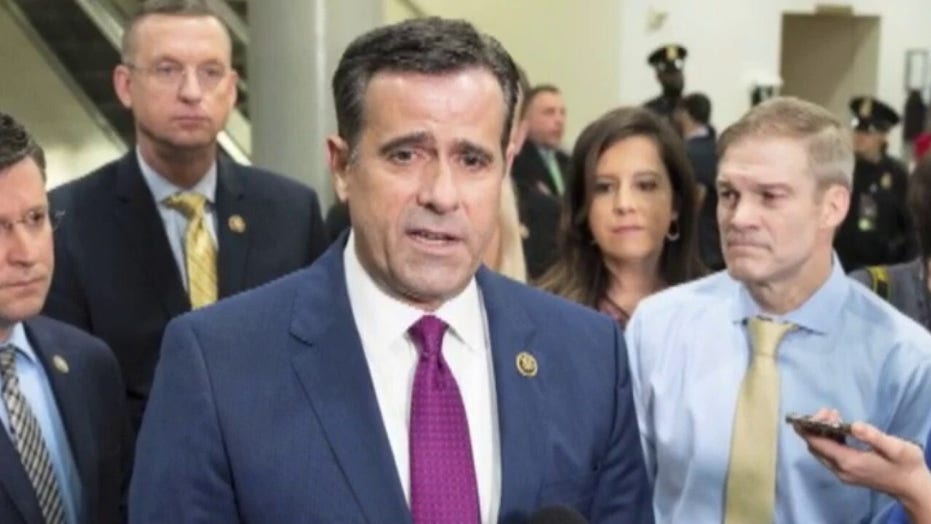 The Senate Intelligence Committee is planning to hold a confirmation hearing next week for President Trump’s nominee for Director of National Intelligence (DNI), Rep. John Ratcliffe, Fox News has learned.

Sources told Fox News Thursday that the committee is slated to hold a hearing on Tuesday at 9:30 a.m. ET for the confirmation of Ratcliffe, R-Texas, as DNI.

The sources told Fox News that there are still logistics being discussed, specifically how members will practice social distancing amid the coronavirus pandemic, but key players are involved in ironing out the issue.

The president nominated Ratcliffe to serve as DNI in February, just months after the congressman abruptly withdrew his name for the post.

“I am pleased to announce the nomination of @RepRatcliffe (Congressman John Ratcliffe) to be Director of National Intelligence (DNI)," the president tweeted in February. "Would have completed process earlier, but John wanted to wait until after IG Report was finished. John is an outstanding man of great talent!”

Ratcliffe will likely face a fierce confirmation battle as Democrats have argued he was selected due to his loyalty rather than experience.

SENATE TO RETURN TO CAPITOL HILL ON MAY 4

In August, Trump announced that Ratcliffe would be withdrawing as his nominee for DNI just days after announcing him as his pick, citing his tough treatment at the hands of “the LameStream Media.”

In a tweet at the time, Trump said that Ratcliffe, whom he tapped to replace Dan Coats, will stay in Congress. But on Friday, he announced plans -- again -- to nominate Ratcliffe.

Richard Grenell, the U.S. ambassador to Germany, is currently serving as acting DNI.

Meanwhile, the Senate is expected to return to Capitol Hill on Monday. The House was slated to do the same, but House Majority Leader Steny Hoyer, D-Md., this week reversed course after consulting with the Office of the Capitol Attending Physician.

“Senators will return to Washington D.C. one week from today,” Senate Majority Leader Mitch McConnell, R-Ky., said in a statement. “We will modify routines in ways that are smart and safe, but we will honor our constitutional duty to the American people and conduct critical business in person.”