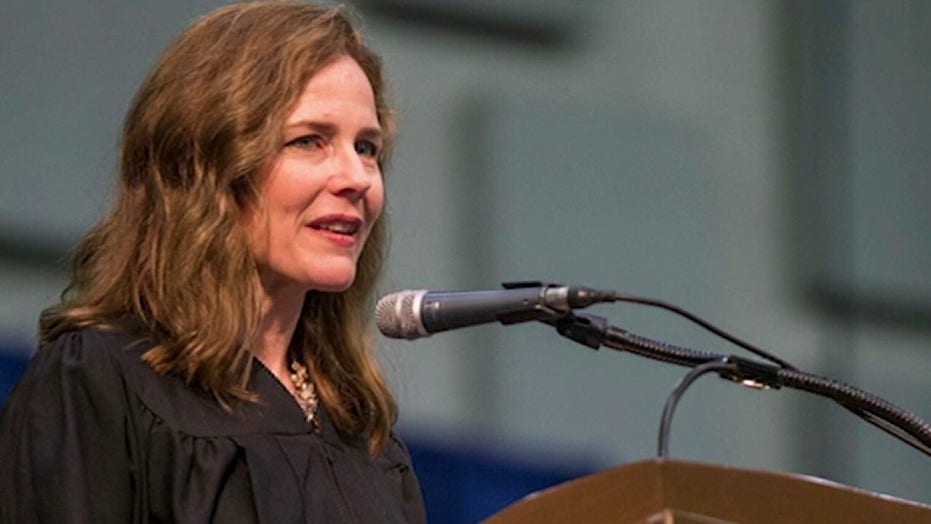 Senate Republicans have the math on their side when it comes to the confirmation of Amy Coney Barrett to the Supreme Court.

History, however, is not.

Republicans demonstrated they have at least 51 GOP senators who are willing to debate and to fill a vacancy on the Supreme Court, just days before the election.

But the Senate has never before filled a Supreme Court vacancy this close to a presidential election. And, it’s been decades since the Senate confirmed a new Supreme Court Justice in an election year at all.

Math is paramount on Capitol Hill. So let’s start with the math.

There are currently 53 Republican senators. But the defections of Collins and Murkowski dropped the figure of potential yeas down to a maximum of 51. That was until Sen. Mitt Romney, R-Utah, announced he’d support a speedy process. That all but guaranteed Senate Majority Leader Mitch McConnell, R-Ky., could forge ahead. 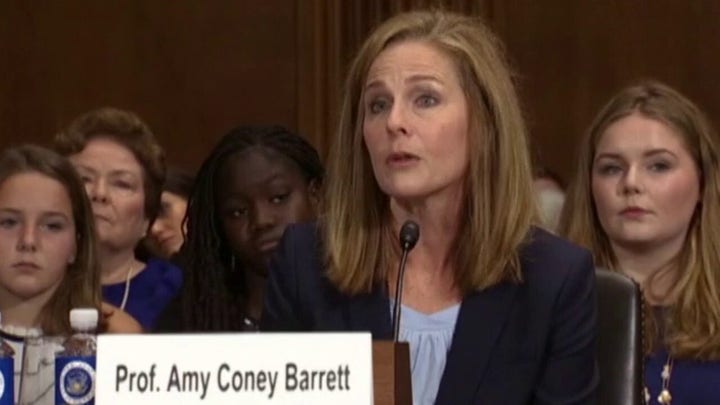 Romney sometimes deviates from the party line. He voted to convict President Trump on one article of impeachment during the trial in February.

But Romney was game to play this time.

“Republicans like to confirm Republican nominees,” said White House Chief of Staff Mark Meadows on Fox Business. “You’ve got a number of senators in difficult races. When Republicans vote like Republicans, it works well for them.”

Had Romney or any other Republican abandoned McConnell’s plan, the GOP would be down to 50 votes. Vice President Mike Pence would likely have to break a tie to confirm a Supreme Court Justice. That has never happened. And, it would be game over had two Republicans joined Collins and Murkowski.

Presidents sometimes select a “consensus” nominee for the Supreme Court or other judgeships. Some argued that President Obama’s nomination of Merrick Garland for the Supreme Court in 2016 was just that. Senate Republicans never granted Garland a hearing. At the 2018 confirmation hearing for Supreme Court Justice Brett Kavanaugh, current Senate Judiciary Committee Chairman Lindsey Graham, R-S.C., bragged that he voted for Mr. Obama’s two other Supreme Court picks for the same reasons: Justices Elena Kagan and Sonia Sotomayor.

But a “consensus pick” seemed to be the last thing President Trump was going for. Especially, so close to the election. Barbara Lagoa was on the President’s list. The Senate confirmed Lagoa 80-15 to sit on the 11th Circuit Court of Appeals. In another place, at another time, a President might pick the bilingual daughter of Cuban parents who fled the Castro regime. A nominee who could marshal 80 votes in the United States Senate doesn’t come around every day.

However, this was not that place and time. In a paradox (hey, it’s 2020, right?), Republicans say privately that Lagoa commanded too much bipartisan support. That wouldn’t ignite the GOP base.

This confirmation process would be about the math. And, calibrating the math with Swiss precision. An effort to confirm a “non-consensus” pick. A Justice who would rev up the conservative base, just before the election. A Justice who would likely scrape by with just the slimmest of margins.

That’s why the president went with Barrett.

And, so far, the math works.

The goal of Senate Republicans is to confirm the nominee before the end of October.

This is where the math collides headlong with history.

“I have a parliamentary inquiry for the chair,” said Senate Minority Leader Chuck Schumer, D-N.Y., on the floor Wednesday morning. “Is there a Senate precedent for confirming a Supreme Court nominee between July and election day in a presidential year?” 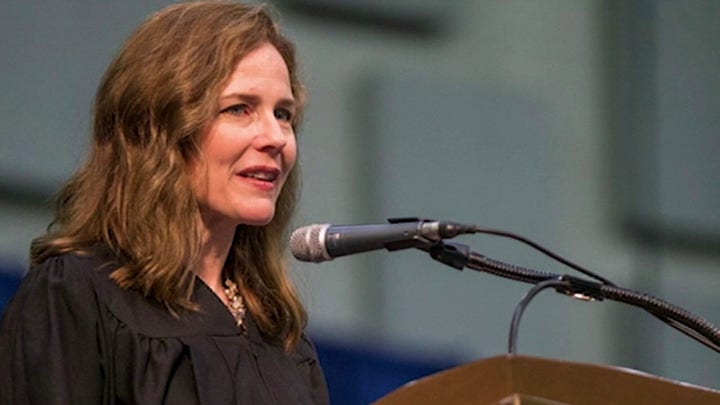 Sen. Kelly Loeffler, R-Ga., was presiding over the Senate when Schumer posed his interrogative.

“Materials from the office of the Secretary of the Senate do not show such a precedent,” replied Loeffler.

“July is gone. August is over. We’re now at the end of September. As you heard, not from the Democratic Leader but from the records in the Senate as spoken by the chair, there is no precedent of confirming a Supreme Court Justice between July and election day,” proclaimed a triumphant Schumer.

The New York Democrat then accused Republicans of a “power grab so egregious that it risks shedding the last vestiges of trust that remain between our two parties.”

Like Romney, Sen. Joe Manchin, D-W.Va., sometimes abandons his party. Manchin is a moderate Democrat who won re-election in a state which President Trump carried with a staggering 69 percent of the vote. But Manchin thinks Republicans reversed themselves this time after blocking Garland four years ago.

“When they change their mind because it’s politically expedient, that makes it hard for anyone to believe we’re here for the right reason,” said Manchin.

McConnell and his GOP colleagues say the difference is that President Obama was a lame duck in 2016. President Trump is only at the end of his first term and on the November ballot. Plus, the Senate is controlled by GOPers and Mr. Trump is a Republican.

But here is the history:

The Senate hasn’t considered a Supreme Court nominee in a presidential election year since 1940. The Senate voted to confirm Supreme Court Justice Frank Murphy in January of 1940. Then you have to go back to the Senate confirming Justice Benjamin Cardozo in February, 1932. That was an election year, too. Before than: Justice Louis Brandeis in January, 1916.

The election is November 3. It’s doubtful Senate Republicans want to consider Barrett after the election. A vote after the election could provide air cover to those vulnerable GOP senators facing competitive re-election bids this fall. But then again, with early voting and a dialed-in electorate, it may not matter. The die may already be cast.

It may be one thing to consider a Supreme Court nomination in an election year. But it is an altogether different enterprise to do so in a lame duck Congress. After the election.

If that’s the case, some of the senators voting may be lame ducks themselves, having lost at the ballot box. And, senators may find themselves considering the nominee of a lame duck President for a lifetime appointment for the High Court.

In 1876, President Rutherford B. Hayes won perhaps the most-contentious, ugliest battle for the White House in U.S. history. Supreme Court Justice William Strong served on a special Electoral Commission erected by Congress to sort out the winner: Hayes or Samuel Tilden. Strong sided with Hayes when parsing the electoral college dispute. Hayes won. Strong decided to leave the High Court in December of 1880. Hayes was a lame duck at that stage. Because of the 1876 election maelstrom, Hayes promised to only serve one term.

President James Garfield defeated Winfield Scott Hancock in 1880. Back then, the President didn’t take office until March 4. So when Strong decided to go, Hayes was in the waning days of his term. Still, a new Congress would begin on January 3, 1881.

Hayes nominated William Woods to succeed Strong on the Supreme Court on December 15, 1880. The Senate didn’t burn a lot of time escorting the nominee around to meet with everyone in those days. No exhaustive judicial questionnaire. No hearings.

The Senate deposited Woods’ nomination on the floor on December 21, 1880, confirming him 39-8, in the final moments of a lame duck Congress.

But this time, the math may prevail.