What lies ahead for the Senate health care bill?

The Post report, which cited a so-called "discussion draft" of the legislation, said the bill would roll back the 2010 Affordable Care Act's taxes and penalties on people for not buying coverage, reduce Medicaid expansion, eliminate federal funding for Planned Parenthood and give states more leeway on opting out of its regulations.

However, Congressional sources were cautious about the Post report to Fox News, with one source speculating that it may be a "false" leak that constituted a "weapon of mass distraction." 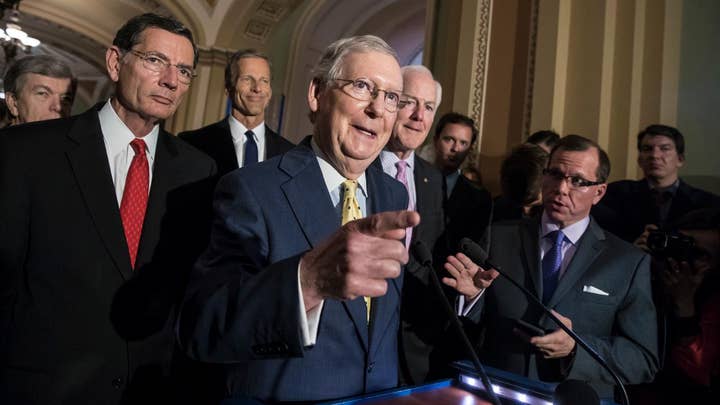 “Until you see it in writing, you don’t know if it’s real,” said Sen. Bill Cassidy, R-La., a medical doctor who has worked on his own health care bill. “We’ve been told a lot ... and until it’s there, it ain’t there.”

Senior White House aides came to the Capitol Wednesday afternoon to discuss final details of the legislation with Senate Majority Leader Mitch McConnell, R-Ky. McConnell is expected to roll out the discussion draft to Republican lawmakers Thursday morning. The discussion draft does not constitute actual legislation.

The Associated Press, citing lobbyists and Congressional aides, reported Wednesday that the Senate bill would largely retain the subsidies Obama provided to help millions buy insurance, which are pegged mostly to people's incomes and the premiums they pay. The House-approved tax credits were tied to people's ages, a change that the nonpartisan Congressional Budget Office said would boost out-of-pocket costs to many lower earners.

The AP also reported that the Senate plan would drop the House bill's waivers allowing states to let insurers boost premiums on some people with pre-existing conditions. That's a departure from the House plan, which President Trump privately called "mean" in a meeting with GOP senators last week. 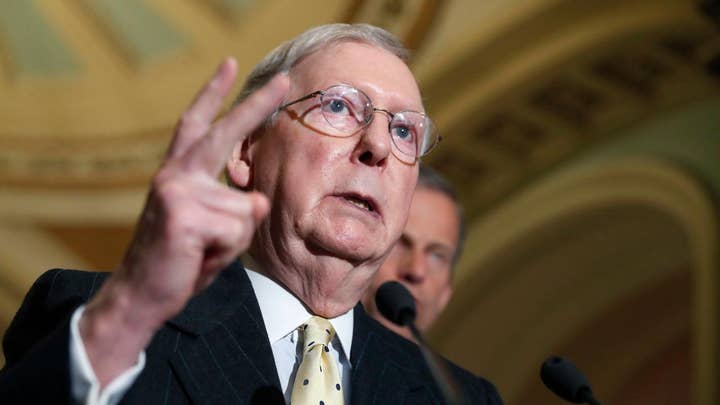 McConnell said earlier this week that a draft would be ready within days and that a vote could come as early as Thursday.

"We believe we can do better than the Obamacare status quo, and we fully intend to do so," said McConnell.

The GOP-led House passed its bill in May. Approximately 13 Senate Republicans have been working behind closed doors on the upper chamber's version.

Lawmakers appeared to be uncharacteristically jittery Wednesday about the plan's rollout. When Fox News asked Sen. Lisa Murkowski, R-Ak., if she could talk for a moment about health care, she responded, "not really" before hurrying into the Senate chamber.

If Democratic opposition to the bill is unanimous, Republicans can suffer defections by no more than two of their 52 senators and still push the measure through the Senate.