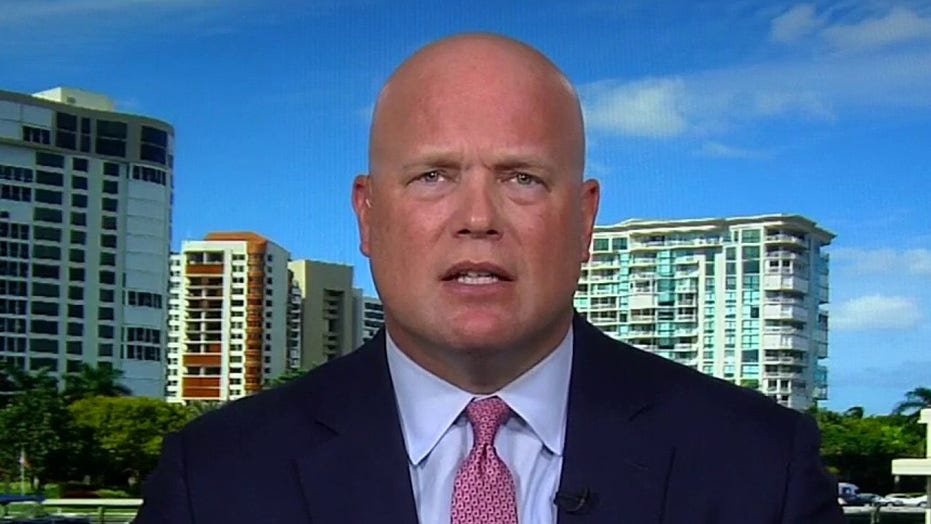 The Senate on Monday approved a 77-day extension of the several major surveillance powers under the Foreign Intelligence Surveillance Act (FISA) that had expired Sunday night -- a temporary compromise reached as some Republicans and Democrats say they will soon push to amend the law to curb the government's monitoring capabilities.

The legislation now goes back to the House to sync up, which affords lawmakers more time to pass a bill to respond to the coronavirus pandemic. President Trump, whose former campaign advisor Carter Page was extensively monitored under FISA based on information that has since been proven legally inadequate and in some cases fraudulent, has floated the possibility of vetoing a FISA reauthorization should it come to his desk.

Sen. Ron Wyden, D-Ore., who serves on the Senate Intelligence Committee, on Monday urged an amendment that would prohibit the warrantless collection of web browsing and Internet search history, as well as an amendment establishing independent oversight of the FISA process.

“Under this agreement the Senate will have an opportunity to debate whether the government can conduct digital tracking of Americans without a warrant," Wyden said. "Everyone who was concerned about the government collecting their library records, or seeing who you called, should be terrified that the government can grab your Internet browsing history without a warrant. That’s wrong, and my amendment prohibits that practice. And I strongly support my colleagues’ amendment to add independent oversight of FISA, which has had bipartisan support for many years and will finally be considered.”

Prior to Monday's voice vote, Reps. Warren Davidson, R-Ohio, and Zoe Lofgren, D-Calif., urged the Senate to reject the bill in its current form.

“If cloture is invoked tonight, it will be the final success of a campaign to prevent any member of Congress from casting any vote for serious FISA reform," the represenatives wrote in a letter Monday. They noted that the bill “has not been marked by or passed out of any committee of jurisdiction. ... In other words, there was not an opportunity to amend or cure defects in this bill."

Senate Majority Leader Mitch McConnell, R-Ky., supports the legislation and had hoped to pass it last Thursday, but he was forced to delay consideration past the expiration date after Mike Lee, R-Utah, and two other senators — Sen. Rand Paul, R-Ky., and Wyden — said they would object.

The House legislation, negotiated by House Speaker Nancy Pelosi and Republican leader Kevin McCarthy, would renew several provisions the FBI sees as vital to fighting terrorism but also aim to ensure stricter oversight of how the bureau conducts surveillance.

Lee had proposed a deal on the Senate floor Thursday — extension of the current authorities if the Senate would consider several amendments to the House bill that would further limit them. Senate Intelligence Committee Chairman Richard Burr, speaking on the floor for McConnell, objected to that deal, saying the Senate should instead pass the House bill.

On Monday, McConnell killed a procedural vote on the House FISA bill and teed up debate on a package of amendments from Lee and Paul, among others.

"We shouldn’t have to wait until the moment when we’re on the eve of the expiration of some important legislation and where we have to wait for the president of the United States to weigh in and lean in,” Lee said. “From time to time, laws require revision and review and reform. That always necessarily requires amendments.”

Added Paul: "They can do it the easy way or the hard way. The easy way is that they allow debate."

The House legislation updates the three expiring surveillance provisions, including one that permits the FBI to obtain court orders to collect business records on subjects in national security investigations. Another, known as the “roving wiretap” provision, permits surveillance on subjects even after they’ve changed phones. The third allows agents to monitor subjects who don’t have ties to international terrorism organizations.

"We’re certainly not a rubber stamp for the Deep State."

The House legislation, passed Wednesday, is a compromise that reflects angst in both parties about the way the surveillance powers have been used, but also a reluctance to strip those powers from the government's arsenal. Republicans and Democrats in the House broadly agreed that they did not want civil liberties sacrificed in efforts to thwart terrorism and other crimes.

In addition, Republicans had been aggressively seeking changes to the law since the Justice Department's investigation into Trump's campaign and Russia, while many Democrats already had concerns about government surveillance.

At the behest of those Republicans, the House compromise takes aim at some of the missteps the Justice Department has acknowledged making during the Russia investigation. Applications under FISA to eavesdrop on a former Trump campaign aide were riddled with omissions and missteps, according to a scathing inspector general report.

The measure would require that officers responsible for FISA applications certify that the department has been advised of any information that could undercut or contradict the premise of the surveillance.

In the Russia investigation, some of the information the FBI omitted from its applications cut against the idea that former Trump adviser Carter Page was a Russian agent, the watchdog found. In one case, an FBI lawyer falsified an email from the CIA that was later submitted to the FISA court, making Page's contacts with Russians seem unreported and nefarious.

Page has denied that and was never charged with wrongdoing.

The bill also would institute criminal penalties and other sanctions for making false statements to the secretive Foreign Intelligence Surveillance Court, which issues warrants to the FBI to eavesdrop on people it has probable cause to believe are agents of a foreign power. It would require the attorney general to approve in writing of an investigation if the target of the surveillance is a federal candidate or official.

Attorney General William Barr was involved in the negotiations with the White House and Congress, and he said Wednesday that he supports the bill.

“It is of the utmost important that the Department’s attorneys and investigators always work in a manner consistent with the highest professional standards, and this overall package will help ensure the integrity of the FISA process and protect against future abuses going forward," Barr said.

But Barr's support does not guarantee that Trump is on board. The president kept Congress guessing with a Thursday tweet that did not indicate how he would act.

“Many Republican Senators want me to Veto the FISA Bill until we find out what led to, and happened with, the illegal attempted “coup” of the duly elected President of the United States, and others!,” Trump tweeted, referring to the FBI's Russia investigation.