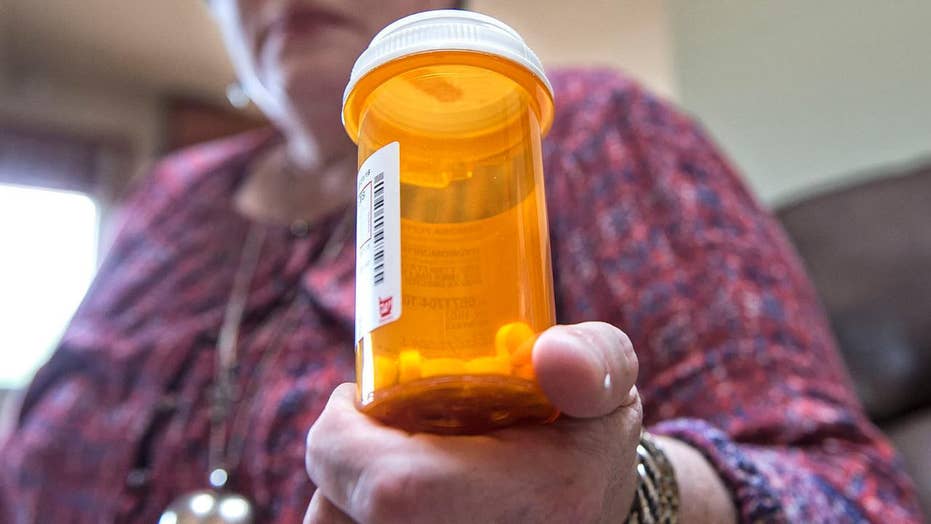 Lawmakers approve a package of sweeping bipartisan legislation to combat the nation's ongoing opioid and illicit drug epidemic by a 99-1 vote; insight from Dr. Marc Siegel.

The Senate on Monday approved a package of sweeping bipartisan legislation to combat the nation's ongoing opioid and illicit drug epidemic by a 99-1 vote, just one month after President Trump called foreign shipments of the illegal drugs from China and Mexico "almost a form of warfare" and demanded legal action against opioid manufacturers.

The news represented a rare moment of unity in the Senate amid a fiercely partisan midterm season, as both parties moved to address a national crisis that federal officials said has killed more than 100 people in the U.S. each day. California, Florida, Ohio and Pennsylvania each had more than 4,000 people die from drug overdoses in 2016, while seven other states each lost more than 2,000 people to drugs, according to the most recent figures available.

"This legislation will help cut off the opioid crisis at its roots," Senate Majority Leader Mitch McConnell, R-Ky., said in a statement. "It will stop more drugs at the border, improve interstate monitoring, and encourage reform of prescription dosing."

The legislation now heads back to the House of Representatives to bring it in line with the Senate's language. Sen. Mike Lee, R-Utah, was the lone dissenter. He slammed the legislation in a speech for creating a slew of "unaccountable federal grant programs [that] aren’t going to help much" and suggested that Congress was simply "throwing money" at what he called a very real problem.

At a cost of more than $8 billion, the package of bills includes a variety of new guidelines and mandates for federal agencies, as well as additional restrictions to prevent the synthetic opioid fentanyl and other drugs from being shipped into the country -- a particular point of emphasis for the Trump administration. 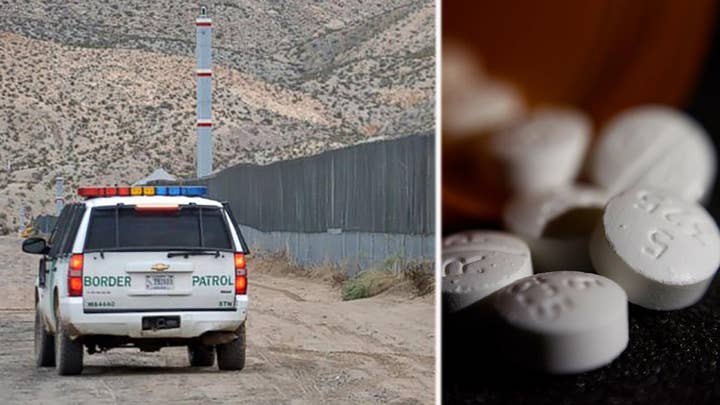 Known as the Synthetics Trafficking and Overdose Prevention Act ("STOP" Act), that portion of the legislation requires that the U.S. Postal Service maintain the same kinds of electronic records about incoming foreign shipments that other commercial shippers, including UPS and FedEx, already provide. Those records include the contents of the package and the name of the sender.

It was introduced by Sen. Rob Portman, R-Ohio, to assist customs agents after officials said the Postal Service was being used as a loophole for drug traffickers.

“We are being overrun with fentanyl,” Portman, who studied the issue for more than a year while serving on the Senate Permanent Subcommittee on Investigations, told reporters. "It is 50 times more powerful than heroin. It is very inexpensive. It is coming primarily from China and coming primarily through our U.S. Postal Service, if you can believe it.”

President Trump has touted the measure, writing last month that the STOP Act would help "firmly STOP this poison from killing our children and destroying our country."

Lee praised that portion of the legislation, but said the measure should have been voted on in the Senate individually and on its own merits, rather than "lumped together with dozens of other bills in this 350-page package."

"It is not an accomplishment for us all to go home and pat ourselves on the backs for spending vast amounts of money on a large, blanket, federal spending package if it will not actually accomplish its goal, laudable though it is," Lee said. "What we ought to do is focus our efforts on the state and local level – where we can best tailor our solutions and effectively reach people succumbing to the grip of the opioid crisis. American lives depend upon it."

Also included in the legislation is a provision allowing the Food and Drug Administration (FDA) to require drug makers to package smaller quantities of drugs such as opioids, as well as expansive new grant programs designed to fund drug treatment and recovery centers and research funding for longer-term solutions.

ROSEANNE BARR SAYS HER CHARACTER GETS KILLED OFF BY OPIOID OVERDOSE

And the measures would more than double the number of patients to whom doctors can prescribe buprenorphine, a drug used to treat opioid addiction, to 275. 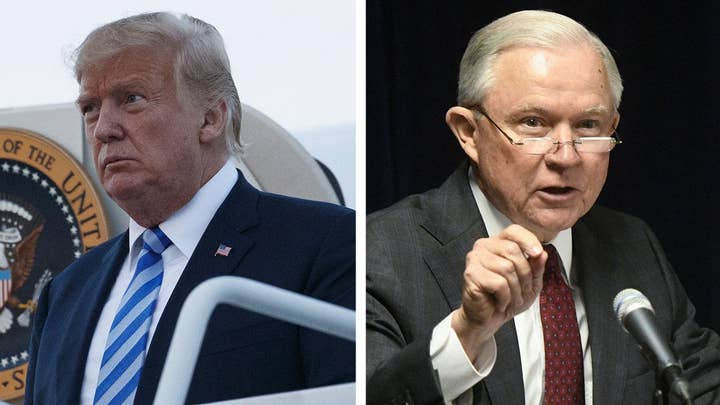 "Helping people suffering at the hands of an opioid addiction has been one of the great causes of this Congress," House Speaker Paul Ryan, R-Wis., said in a statement after the vote.

He added that the House and Senate bills are similar: "We direct federal agencies to create and expand community programs to increase access to treatment. We authorize grants to support recovery centers. And we prioritize stopping the flow of synthetic opioids into the country by closing shipping loopholes in the United States Postal Service."

In June, the House passed by a vote of 396-14 what top Republicans called a "suite" of opioid legislation that incorporated dozens of smaller bills, including one that encouraged states to hike coverage under Medicaid for individuals with substance abuse issues -- an affliction increasingly affecting the elderly.

The House legislation also added methadone clinics to Medicare, among other measures.

“It’s just one story after another of crisis and death and addiction. It’s swept across the country,” Rep. Greg Walden, R-Ore., who chairs the House Energy and Commerce Committee, told Fox News. “People didn’t really get its depth and scope and breadth until it was too late.”

The Senate bill differs slightly from the House bill in some regards. For example, the Senate bill orders the Health and Human Services Department (HHS) to review best practices for sharing confidential patient information among qualified medical personnel, where the House raised some privacy concerns by outright making such communications more straightforward.

Last October, the White House declared the opioid epidemic a public health emergency, and the Trump administration has since taken steps to combat the national problem.

The Centers for Disease Control and Prevention (CDC) estimated that 115 Americans die daily from opioid-involved deaths. Opioids, including prescriptions and heroin, killed 42,000 people in the U.S. in 2016.

Overall drug overdose deaths in 2017 increased to 72,000, up nearly 6,000 from 2016. Preliminary data from 2018, however, suggested that the numbers may be trending downward in the wake of the Trump administration's efforts to curb the epidemic.

In a Cabinet meeting in August, Trump sounded a note of alarm and optimism on the crisis.