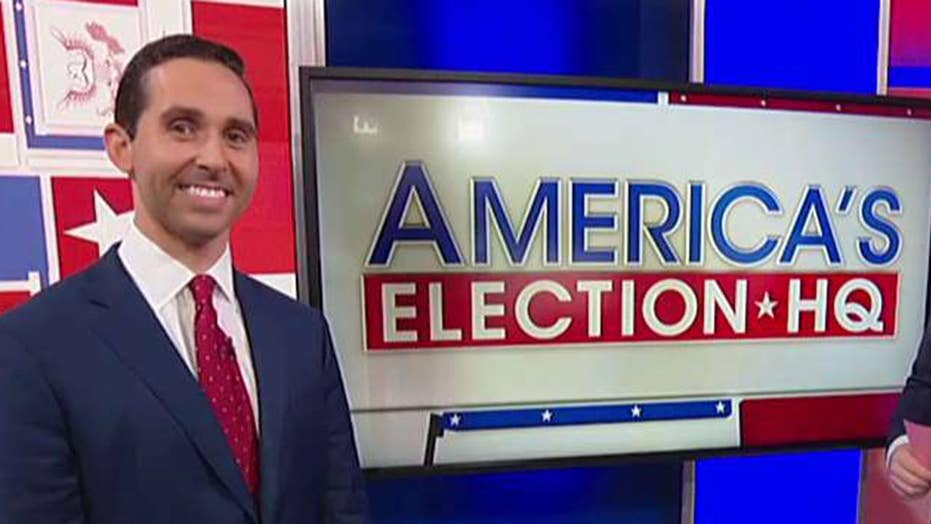 Four key races to watch in the Senate

With just two days until Election Day, GOP strategist and pollster John Thomas identifies key contests that could determine the balance of power on Capitol Hill.

Sen. Thom Tillis, R-N.C., expressed his confidence on Sunday that Republicans would not only maintain their majority in the Senate, but likely add seats.

Speaking on “Fox News Sunday” and just two days before this year’s decisive midterm elections, Tillis – who is the vice chairman of the National Republican Senatorial Committee – said Republicans on Tuesday are “not only going to hold the majority, we’re going to add to it.”

Tillis added: “The map looks very good to us.”

Tillis offered a drastically different take on the midterms than did Sen. Chris Van Hollen, D-Md., who also appeared on “Fox News Sunday.”

Van Hollen, the chairman of the Democratic Senatorial Campaign Committee, acknowledged that Democrats face an uphill battle in their fight to regain control of the Senate, but said that his party is “competitive.”

“We do have a path,” Van Hollen told Fox News’ Chris Wallace. “It is a very narrow path, as you indicate, but the fact that we’re as competitive as we are is a real testament to our senators and our candidates -- who have always said that their North Star is standing up for the people of their states.”

Republicans have a huge advantage as they seek to hold or expand their 51-49 Senate majority, with the battle for control running mostly through states that President Trump won in 2016.

Out of the 35 Senate contests taking place Tuesday, 10 involve Democratic incumbents seeking re-election in states that Trump won, often handily. He's spending much of the final week before the election traveling to those states in the hope that it will nudge his supporters to the polls.

One Democratic senator from a Trump-voting state who appears on the ropes in the run-up to Tuesday’s vote is Heidi Heitkamp, who is trying to fend off a strong challenge from Republican Rep. Kevin Cramer in a state the president won by 36 percentage points.

“Never count out Heidi Heitkamp,” Van Hollen said. “People did that 6 years ago when she was 10 points behind, she won that race, she’s less than 10 points behind right now. That’s a lesson everybody’s learned: don’t count her out.”

Meanwhile, Democratic hopes of taking the Senate hinge on nearly all of their incumbents winning — a difficult task — and on flipping seats in a few states that lean Republican, most notably Arizona, Tennessee and Texas.

“The reason is that you’ve Republicans running all those states who have betrayed their voters primarily on the issue that is at the top of mind for voters around the country which is health care issues, and taking away protections for people who have pre-existing health conditions,” Van Hollen said.