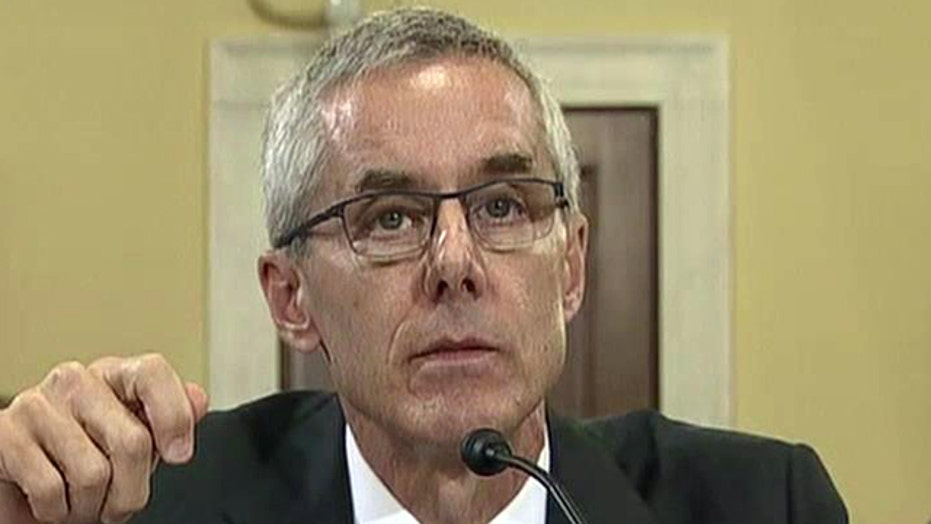 Illinois GOP Sen. Mark Kirk on Tuesday ratcheted up his efforts to end long waits at airport security checkpoints across the country, calling for Transportation Security Administration leader Peter Neffenger to either fix the problem by the start of the summer travel season or resign.

“If travelers do not have relief by Memorial Day, … Neffenger must resign and be replaced with a leader who can provide fast and secure screening,” Kirk said.

On Monday, the Illinois lawmaker sent a letter to Neffenger asking how he’ll “fully utilize” existing screening equipment and spend the $34 million the Department Homeland Security recently moved into TSA coffers, including details on hiring  passenger and carry-on luggage screeners.

Passengers waiting for hours at checkpoints have become a growing problem in recent weeks at major airports across the county, as highlighted by viral videos on the Internet.

Several factors have created the problem, including increased travel, a shortage of screeners and more passengers taking carry-ons to avoid airline baggage fees.

DHS Secretary Jeh Johnson said last week that he plans to alleviate the waits with an “aggressive,” multi-pronged plan that includes more advanced technology, hiring more screeners and bomb-sniffing dogs, limiting the number and size of carry-ons and encouraging passengers to use a pre-check program.

Sen. Dick Durbin, Illinois' Democrat senator, said Johnson assured him that resources are being directed to O'Hare, one of the most important U.S. air traffic hubs.

Kirk, in his letter, suggested the lines and waits were the result of the TSA failing to “retain adequate levels of trained employees.” Kirk also said that on a recent trip from Chicago to Washington, D.C., he saw the majority of screening lanes and equipment going unused, while hundreds of passengers waited for hours.

“This is unacceptable,” he wrote.