EXCLUSIVE: Sen. Marsha Blackburn, R-Tenn., is introducing a bill this week that would seek to reinstate the Trump-era Migrant Protection Protocols in response to a crisis at the southern border that has overwhelmed the immigration system in recent months.

"President Biden's failed immigration policies have created a crisis at our southern border," Blackburn said in a statement. "Over half a million illegal aliens have poured across our southern border since Biden decided to repeal President Trump’s successful policy that forced migrants to remain in Mexico while seeking asylum. My legislation will stop Biden’s decision to catch and release migrants into our communities and reinstate President Trump’s Remain in Mexico program."

The Trump administration first instituted the Migrant Protection Protocols, also known as the "Remain in Mexico" policy, in 2019 in a bid to end "catch and release," a policy under which migrants were allowed to remain in the country while awaiting court proceedings. MPP drew criticism from Democrats who argued Trump’s immigration policies were cruel and inhumane. 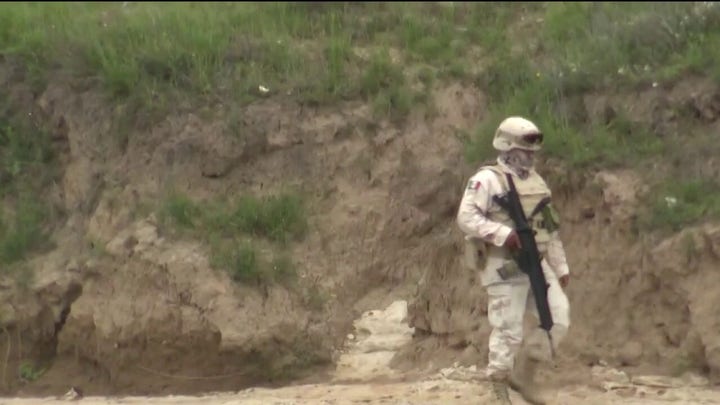 But Blackburn and other Republican lawmakers have argued that Biden’s move to weaken or reverse Trump-era immigration policies prompted the current crisis at the southern border. Customs and Border Protection reported encounters with more than 178,000 migrants attempting to enter the country in April alone, an increase of more than 900% compared to one year earlier.

Aside from restoring MPP, Blackburn’s bill would tighten restrictions on asylum seekers and mandate an end to the "catch and release" policy.

Administration officials have pushed back on criticism of the president’s policy rollbacks, arguing that Biden inherited a neglected and inhumane immigration system.

In March, Biden appointed Vice President Kamala Harris to lead diplomatic talks with Mexico and the Northern Triangle nations of Honduras, Guatemala and El Salvador on how best to address the root causes of the migrant surge.