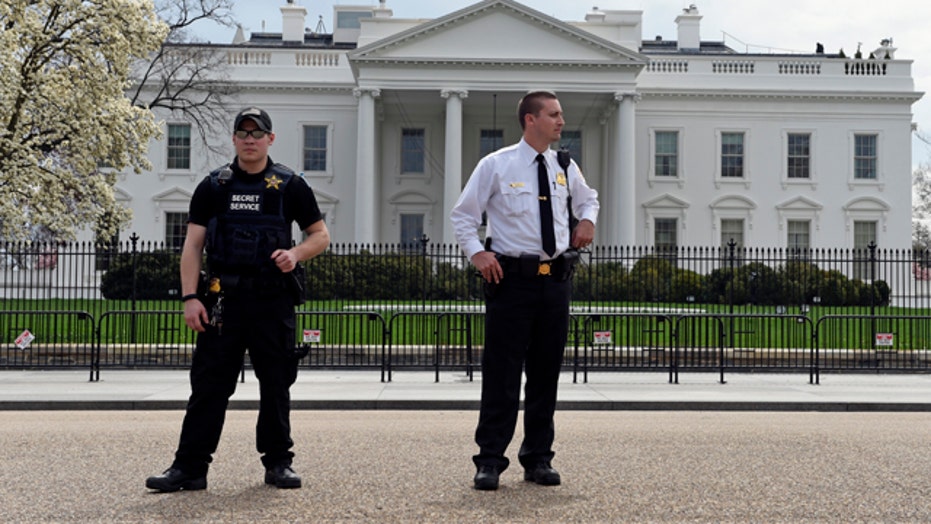 Secret service out of control?

A high-ranking Secret Service supervisor was placed on administrative leave Wednesday after a female employee alleged that he assaulted her after-hours at agency headquarters last week.

The allegations come weeks after agents were accused of driving a car into a bomb-investigation scene after a night of partying. The latest incident also involved a party attended by agency employees -- the supervisor and the female employee allegedly were involved in a struggle after the party, and the sex crimes unit of the District's police department reportedly is looking into the incident.

The Secret Service said the supervisor, identified as 48-year-old Xavier Morales, had his security clearance suspended after "allegations of misconduct and potential criminal activity."

The female employee claimed that Morales, a manager in the agency's security clearance division and her boss, made unwanted advances toward her after they returned from a party at a Washington restaurant March 31. The party was held to celebrate Morales's assignment to head the Secret Service field office in Louisville.

The employee told investigators that Morales told her during the party that he was in love with her and wanted to have sex with her. As first reported by The Washington Post, after they returned to the office, the employee claimed Morales tried to kiss her and grabbed her arms when she resisted. Morales ultimately relented after a brief struggle.

Spokesman Brian Leary told the Associated Press that the incident was first reported to the agency's Office of Professional Responsibility on April 2, after which inspectors conducted corroborative interviews. Director Joseph Clancy was informed the same day.

Instead of reporting to his new job in Louisville, Morales was placed on leave and his name was added to an internal "do not admit" list. The Secret Service also took away his badge and gun. The incident is under investigation by the Department of Homeland Security's inspector general. The Washington Post reported that the Metropolitan Police Department's sex crimes unit is also looking into the case.

On Thursday, Clancy released a statement saying: "The Secret Service is an agency that demands that our employees conduct themselves with the highest level of integrity. These allegations as reported are very disturbing. Any threats or violence that endangers our employees in  the workplace is unacceptable and will not be tolerated."

The agency's security clearance division is responsible for determining whether agents should lose their jobs and examines job applicants for potential security issues.

The report is the latest in a series of public mishaps by the Secret Service. The most recent incident involved two agents who drove an agency car into a secure area near the White House without authorization after returning from a party on the evening of March 4.

The House Oversight Committee is also trying to get to the bottom of allegations that those agents had been drinking when they drove into the area. The agents were accused of nudging a construction barrier with their vehicle as they intruded during an investigation of a suspicious item, which turned out to be a book.