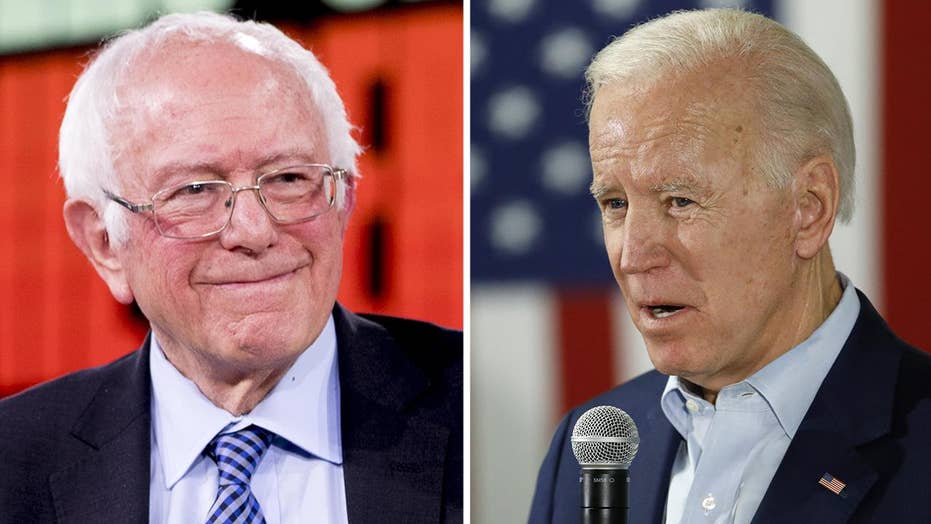 MANCHESTER, NH – A new poll in the state that holds the first primary in the race for the White House indicates Sen. Bernie Sanders of Vermont is 9 percentage points ahead of his closest competitor in the battle for the Democratic presidential nomination.

A second poll in New Hampshire was also released on Sunday - and it also suggested Sanders leading the pack.

Those two surveys followed a WBUR/MassINC survey released on Thursday which indicated Sanders was a dozen points ahead of Buttigieg. But a Boston Globe/Suffolk University poll released on Tuesday suggested Sanders and Biden essentially tied, with Buttigieg and Warren close behind.

The new surveys in New Hampshire cme on the same weekend as the latest poll in Iowa – whose caucuses kick off the presidential nominating calendar in just 8 days – showed Sanders ahead of Buttigieg by 8 points and Biden by 9 points. That according to a New York Times/Siena College survey.

The Fox News poll is also the fourth straight live operator national survey in the past six days to indicate Sanders joining Biden in distancing themselves from the rest of the field of Democratic White House contenders.

In the University of New Hampshire/CNN poll, Sen. Amy Klobuchar of Minnesota was in fifth place, at 6 percent, closely followed by Rep. Tulsi Gabbard of Hawaii and tech entrepreneur Andrew Yang each at 5 percent. Billionaire environmental and progressive advocate Tom Steyer stood at 2 percent, with everyone else in the remaining field of 12 contenders at 1 percent or less.

New Hampshire has held the first primary in the race for the White House for 100 years. A sign next to the Statehouse in Concord, NH spotlight's the state's treasured primary status.

New Hampshire voters are traditionally late deciders in the presidential primary, and with just two and a half weeks to go until the Feb. 11 primary, the new poll illustrates that point.

Three in ten questioned said they were firmly behind the candidate they’re backing, with 20 percent noting they’re leaning toward a candidate but haven’t definitely made up their mind yet. And nearly half – 49 percent – said they’re still deciding.

Sanders is extremely well known in New Hampshire. He crushed Hillary Clinton by more than 20 points in the state’s 2016 Democratic presidential primary, launching him into a marathon battle with the party’s eventual nominee. His core of supporters stayed organized following the last presidential election, holding monthly meetings.

Warren –  who like Sanders lives in a neighboring state to New Hampshire – is also very well known. And both are considered the progressive standard-bearers in the Democratic nomination race.

Klobuchar stood at 10 percent in the NBC News/Marist poll, with Gabbard at 6 percent, Yang at 5 percent, and Steyer at 3 percent. Everyone else registered at 1 percent or less.

“Sanders’ advantage is bolstered by his strong support among progressive Democrats and younger voters,” the director of the Marist College Institute for Public Opinion Lee Miringoff emphasized.

The NBC News/Marist poll was conducted Jan. 20-23, with 697 likely Democratic primary voters in the Granite State questioned by live telephone operators. The survey’s margin of error is plus-minus 4.5 percentage points.

The spate of poll releases this weekend also appeared to help Yang qualify for the next Democratic presidential nomination debate, which will take place on Feb. 7 in New Hampshire.

Yang tweeted “Just qualified for the February debate in New Hampshire! Thank you to everyone working hard to make it happen. Let’s make history.”

Biden, Buttigieg, Sanders, Warren, Klobuchar and Steyer previously said they’ve qualified for the debate, which will be held four days before the New Hampshire primary.