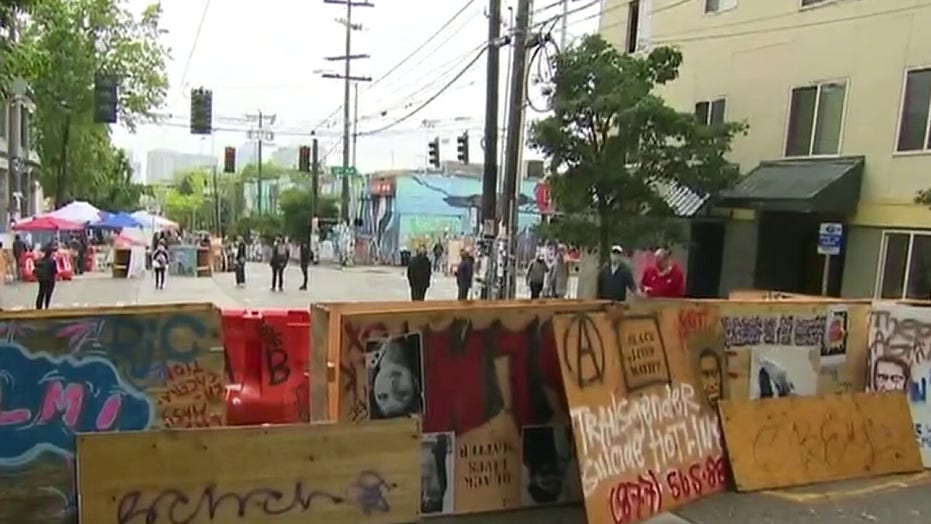 The protesters were shouting at Springer and his crew as they prepared for a liveshot. Springer then phoned his producer to cancel the liveshot because of the "filthy language" they were using. Then, one protester chest-bumped him and threw a cup of coffee in his face and on his jacket.

Springer and the crew then retreated to their truck, but the group of protesters surrounded them before they were able to drive away. The woman who threw the coffee then jumped on the hood of the vehicle while others were lying down in front of it. Members of the crew then got out of the vehicle and attempted to defuse the situation, telling them they just wanted to leave. They refused and demanded Springer apologize.

'HANNITY' TOWN HALL WITH TRUMP DOMINATES IN VIEWERSHIP ACROSS ALL PRIMETIME, BEATS MADDOW AND CUOMO COMBINED

According to the team, Springer called 911 for police assistance but officers did not respond; the crew later was told Seattle Police needed six officers in order to respond to that area. After five minutes, Springer left and walked with the crew as protesters continued to harass them.

A Fox News crew was involved in a confrontation at Seattle's CHOP. (David Ryder/Getty Images)

Seeing nobody blocking the truck, a crew member tried to drive away. However, one protester yelled, "He's leaving... he's trying to get away" while another protester jumped in front of the vehicle and pounded on the hood.

"He hit me, he hit me," the protester shouted as the crowd gathered. However, Fox News Vice President of Domestic Bureaus and L.A. Bureau Chief Nancy Harmeyer said, "At no point during the situation did the Fox News crew ever physically instigate or retaliate in any way against the protesters."

Springer and his crew eventually left the truck and the scene with the assistance of a separate security team. He told Seattle Police what happened but did not file a report.

One protester had thrown a cup of coffee in Springer's face and on his jacket. (David Ryder/Getty Images)

Members of his own security team returned to CHOP but the crowd failed to let them remove the truck from the area.

"While covering the news just outside of Seattle’s CHOP zone this morning, a protester confronted Fox News Channel correspondent Dan Springer and his crew after overhearing him cancel a live report due to 'filthy language' in the background," Harmeyer said. "The protester started yelling at him and threw a cup of coffee in his face and on his jacket. Attempting to de-escalate the situation, the crew returned to their vehicle, which was then surrounded by protesters. Unable to drive away, the crew turned the car off and walked away from the scene. At no point during the situation did the Fox News crew ever physically instigate or retaliate in any way against the protesters."

CHOP was established earlier this month in response to the death of George Floyd, taking over a section of Seattle after police abandoned a precinct there.