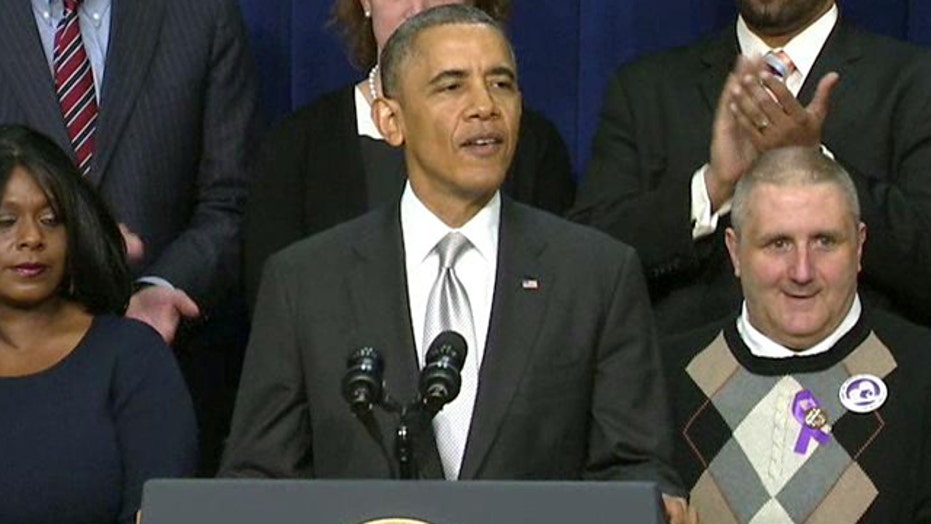 Obama: This law is working, and will work into the future

As the president hosts a White House youth summit, a new poll from his alma mater shows a majority of young people aren't interested in signing up for his signature health care plan.

The Harvard "Millennials" poll found only 22 percent of young Americans -- defined in the survey as between 18 and 29 years old -- plan to sign up for ObamaCare. Even more troubling for the administration, fewer than a third -- only 29 percent -- of people who currently do not have health insurance plan to enroll.

"Actuarially, the [Affordable Care Act] depends upon these young Americans signing up," Trey Greyson, director of Harvard's Institute Of Politics, said. "Our survey shows that the administration has a lot of work to do to get them on board."

Indeed, the Affordable Care Act relies on a large pool of young, healthy enrollees to pay for older, sicker Americans. Without their premium support, the entire system is at risk of collapse.

The new data comes as Obama launches a fresh push to engage young people on the law. He was dispatching dozens of youth leaders on Wednesday to help promote the law to the public, as the president himself launches a fresh campaign to sell the benefits of the law amid criticism in Congress.

Political affiliation and race are strongly correlated in the poll to younger Americans' attitudes toward ObamaCare. There was 68 percent approval for the program among African-Americans. Forty-eight percent of Hispanics approved, while only 28 percent of white people in the poll said they liked it.

The poll also found the president's approval rating is at a historic low among 18-29 year olds. A year ago, they were crucial to his re-election.  Today, only 41 percent of Millennials approve of the president's performance. That is an 11-point drop since Harvard's last survey in April.

"This is sea change among a key demographic," Greyson said. "The president's double-digit decline in his job performance -- to the lowest level since he took office -- and the lack of support for the ACA have to be concerning to him and his administration."

But the president is not alone in his disapproval. His historically low numbers are positively glowing compared with those for members of Congress.

Among 18-49 year olds, Democrats receive only 35 percent support, while Republicans have only 19 percent approval.

A majority of young people reported that if they could, they would recall all members of Congress and start fresh.