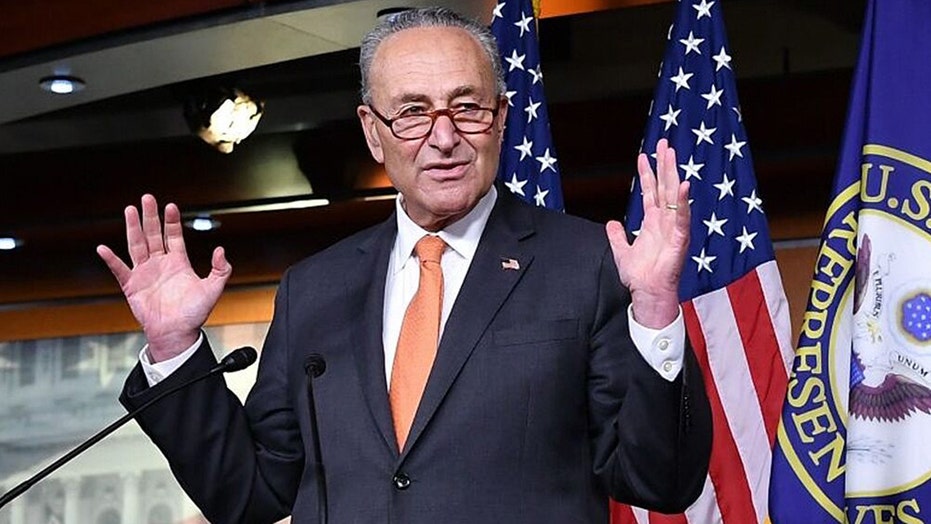 The Senate minority leader seemed confident Saturday he could become the majority leader.

“Now we take Georgia, then we change the world,” Sen. Chuck Schumer, D-N.Y., told a crowd of New Yorkers at a celebration in New York City for President-Elect Joe Biden's projected election victory.

After Tuesday’s election, both Democrats and Republicans currently hold 48 seats in the Senate. Races are still being counted in Alaska and North Carolina, both of which lean Republican. Two Senate seats In Georgia will head to a runoff in January after no candidate won the majority. Georgia’s election rules require lawmakers-- other than the president-- to win over 50% of the vote to win the seat.

Loeffler finished with 25.94% of the vote and Warnock finished with 32.89%. Loeffler was sharing GOP votes with the well-known Rep. Doug Collins and fended off three other Republican candidates. Warnock topped six other Democrats who also competed for the seat.

Georgia is recounting its votes for the presidency after Biden held a razor-thin majority over President Trump in the state.

The Senate majority may not be finalized until these races are called. After the Democrats maintained control in the House and won the presidency, Republicans are framing the Georgia races  as the last stand between the country and a socialist Democratic agenda.

ALL EYES ON CRUCIAL GEORGIA SENATE RACES, AS WITH POWER IN DC AT STAKE

"A Democratic majority in the Senate would cinch the radical agenda of the left," said John Cornyn, R-Texas, said on Twitter. "They must be stopped on January 5th in Georgia."

Meanwhile, Democrats have made the pitch that in order for Biden to be effective in fighting the coronavirus, improving health care and rebuilding America's economy, he'll need Democrats in charge of both the House and Senate.

LOEFFLER, WARNOCK HEADED TO RUNOFF IN GEORGIA AS COLLINS CONCEDES

“A Democratic majority in the U.S. Senate would be the biggest difference-maker to help President-elect Biden deliver for working families across the country and in Georgia where, for too long, they have been denied the help they need by President Trump, Mitch McConnell and a Republican-led Senate," Sen. Chuck Schumer, D-N.Y., said in a statement shortly after news networks projected Biden will become the 46th president.

Earlier, while celebrating on the streets of Brooklyn, Schumer called Biden to congratulate him on his win of the presidency. He held the phone out of his car so that the president-elect could hear the raucous cheers rippling across the city. “He loved it,” Schumer wrote on Twitter.

The minority leader also gave a press conference on Saturday.

“Well, the long, dark night in America is over and a new dawn is coming. And I want to thank all of the millions of Americans who voted,” Schumer said. “We did not give up on America. Donald Trump so blemished our democracy, so tried to destroy our democracy but as the election showed, the American people never lost faith. And now. Donald Trump, go home to Florida.”