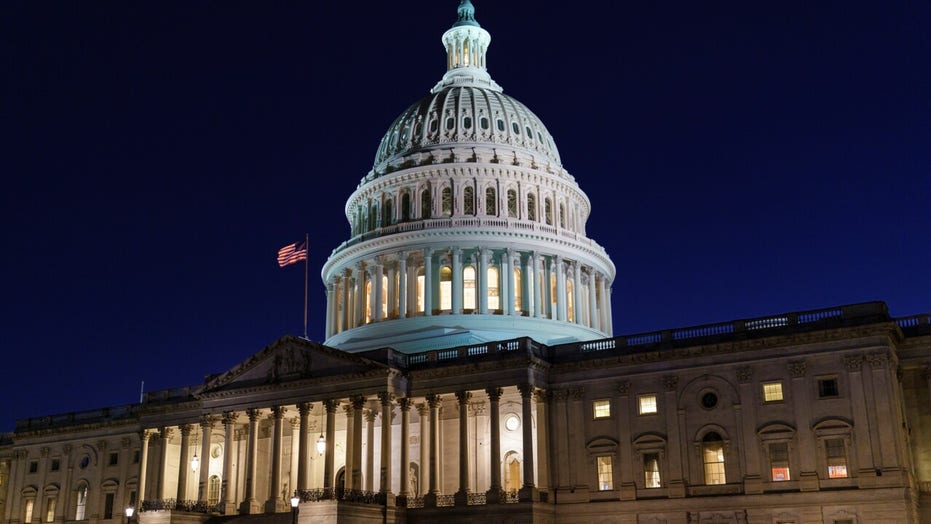 Senate committee meets to consider For the People Act

Senate Minority Leader Mitch McConnell and Majority Leader Chuck Schumer clashed Tuesday at a Senate Rules Committee markup of S. 1, a Democrat-backed elections bill that would dramatically change the role of the federal government in elections.

The two party leaders are members of the Rules Committee but rarely appear to speak at hearings and markups. But they were both at the contentious hearing for the bill in March, where they traded accusations of "Shame!"

Similar fireworks happened shortly after the markup began Tuesday, with Schumer, D-N.Y., tying GOP opposition to the bill to former President Donald Trump's false election claims and election security bills in state legislatures that Democrats oppose. McConnell, R-Ky., meanwhile, hammered Democrats over the fact that they've changed the reasoning for their support of this bill over the years.

"In the wake of the 2020 elections.... former president Trump told a lie, a big lie, that the election was stolen... poisoning faith in our democracy and fomenting an armed insurrection at the Capitol," Schumer said.

"My God, why aren't my Republican colleagues outraged by this?" Schumer asked.

But McConnell hit back in his opening statement, noting that Democrats have introduced this same bill, officially called the "For the People Act," multiple times before.

"For multiple years now, Democrats have called this sweeping bill their top priority," McConnell said. "The substance of the legislation has hardly changed. But the supposed rationales for it have changed constantly. In 2016, American voters made a presidential decision that Democrats did not like. This legislation was cooked up and presented as a massive overhaul, an emergency repair job for a broken democracy."

McConnell continued: "Last autumn, voters made a decision that Democrats liked better. Suddenly their side stopped calling our democracy broken. Now our democracy was beyond reproach. But curiously enough, Democrats still want the exact same sweeping bill, just as desperately."

The hysterical attacks that the political left has thrown at a new election law in Georgia, for example, have been thoroughly debunked by fact-checkers.

"The Democratic Party wants to rewrite the ground rules of American politics for partisan benefit," he added.

McConnell also slammed several of the bill's provisions, saying that "popular safeguards like voter I.D. would be neutered. Ludicrous practices like ballot harvesting would be made mandatory, coast to coast." And he defended state election security laws that Schumer attacked, alleging that Democrats have mischaracterized them. .

"The hysterical attacks that the political left has thrown at a new election law in Georgia, for example, have been thoroughly debunked by fact-checkers," McConnell said.

Nevertheless, Schumer said, "These laws are about one thing and one thing alone, making it harder for Americans to vote. They are reprehensible in my judgment. They are antidemocratic in the judgment of most. And they carry the stench of oppression."

The back-and-forth between the Senate leaders Tuesday is likely to be just the start to a marathon markup.

These laws are about one thing and one thing alone, making it harder for Americans to vote. They are reprehensible in my judgment. They are antidemocratic in the judgment of most. And they carry the stench of oppression.

The Democrats' election bill, Hagerty says in his prepared remarks obtained by Fox News, "is an attempt by the current majority, in a 50-50 body, to take over and rewrite the election and campaign rules for all 50 states overnight."

Democrats assigned the S. 1 number to the legislation to emphasize that it is their priority. The corresponding bill in the House is H.R. 1.

The bill faces sharp opposition from Republicans, who accuse Democrats of a political effort to give themselves an advantage in elections. Hagerty refers to the bill as the "For the Politicians Act."

McConnell Tuesday also cited a provision that would change the Federal Elections Commission (FEC) from a body with three Republicans and three Democrats to one with two members from each party and a third unaffiliated member appointed by the president.

"The effort to undermine the freedom to vote in future elections has been coordinated and overwhelming," she said at the Tuesday markup. "These bills that are moving in state capitals across America are not empty threats... we need to take these threats... head on."

Notably, however, Democrats introduced the "For the People Act" before, in 2019.

One interesting battle Tuesday was a substitute amendment from Klobuchar, which would have replaced the entire text of the bill with a bill that's significantly changed. It aimed to reduce fears from Republican senators and state elections officials that the bill would be a nightmare to implement. It would delay the timeline for implementation of many of the bill's provisions, including for automatic voter registration, same-day registration, and new voting systems.

It was the first amendment considered Tuesday, and Republicans appeared resistant to it simply because they see many other poison pills in the bill besides just implementation.

"The point is that we listened to the people on both sides of the aisle and made changes based on those discussions," Klobuchar said Tuesday. "Now I urge my Republican colleagues to recognize the work we've done and join us."

"This substitute is still a massive takeover of what the... Constitution anticipates should be state decisions," Sen. Roger Wicker, R-Miss., said.

The amendment failed on a party-line vote.

Another amendment that failed Tuesday was an amendment from McConnell that would remove the change to the FEC -- giving it five members rather than six -- that he lamented. Klobuchar emphasized that the bill would creats a "blue-ribbon panel to help name nominees" and that "no more than two of the five commissioners can be of the same political party."

"I think any president with an ounce of sense can figure out somebody who can appear to be independent who's actually on their side," McConnell responded to that point. His amendment also failed on a party-line vote.

The committee also defeated an amendment from Hagerty that would ban ballot-harvesting as it's allowed in the Democrats' draft of the bill.

Wicker also took issue with a comment from Schumer, invoking Rep. Liz Cheney, R-Wyo., and her condemnations of Trump's false election claims. Schumer said, "House Republicans are plotting the demotion of a Republican member for the crime of repeating the truth: that Joe Biden is the president of the United States and that Donald Trump is lying."

"Aren’t there a few Republicans who will refuse to follow the rush of their party? Who will follow the example of a Liz Cheney?" Schumer asked. "Maybe there will be a Republican who will support this bill, or at the very least offer constructive amendments."

Wicker responded by pointing out that Cheney opposed the House version of the "For the People Act."

"He waxes on about her judgment and her courage," Wicker said of Schumer. "Perhaps he should follow her logic and her judgment on that since he has joined me in admiration of Rep. Cheney."

S. 1 and H.R. 1, which passed the House with only Democratic votes, would also ban states from requiring photo ID to vote; raise barriers for states to clear voter rolls; require states to offer drop boxes for 45 days before an election, and much more.

It's unlikely that the For the People Act will pass the Senate in its current form, given the unified GOP opposition. Democrats would have to get rid of the legislative filibuster to pass it without Republican votes and Sen. Joe Manchin, D-W.Va., said he wouldn't do that under any circumstances.

It is possible that Democrats may try to break up S. 1 into multiple bills to get GOP votes for at least some of the provisions. But it's not clear that they are committed to that approach or what its chances of success would be.