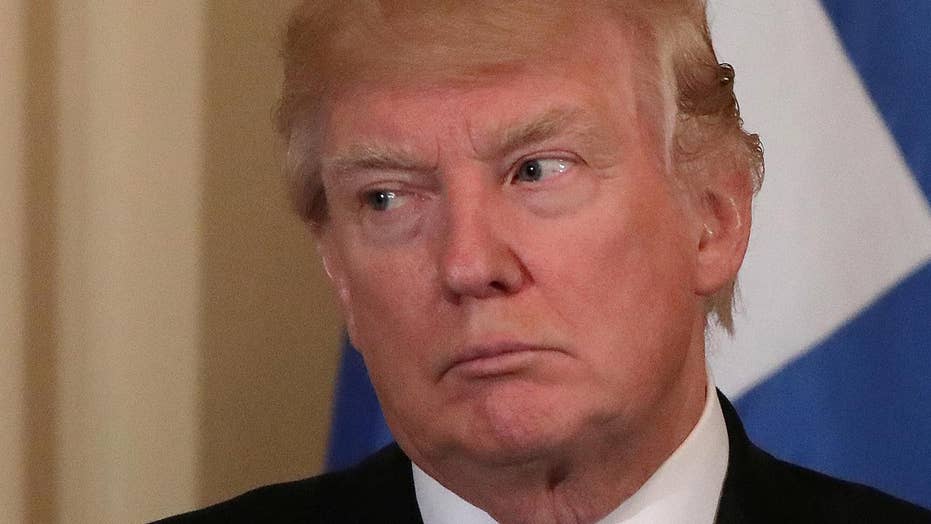 Senate Minority Leader Chuck Schumer on Sunday jumped at a chance to find common ground with President Trump on coming up with a solution to a new health care bill, as Trump’s aides opened the door to working with moderate Democrats on health care and other pressing issues.

Schumer, D-N.Y., said Trump must be willing to drop attempts to repeal Barack Obama’s signature achievement, warning that Trump was destined to “lose again” on other parts of his agenda if he remained obligated to appease conservative Republicans.

“If he changes, he could have a different presidency,” Schumer said on ABC’s “This Week.” "But he's going to have to tell the Freedom Caucus and the hard-right special wealthy interests who are dominating his presidency ... he can't work with them, and we'll certainly look at his proposals."

Trump turned the blame for the failure of the health care law from the Democrats to conservative lawmakers Sunday, tweeting: "Democrats are smiling in D.C. that the Freedom Caucus, with the help of Club For Growth and Heritage, have saved Planned Parenthood & Ocare!" The bill was pulled from the House floor Friday in a defeat for Trump, having lacked support from conservative Republicans, some moderate Republicans and Democrats.

Trump aides made it clear Sunday that the president could seek support from moderate Democrats on upcoming legislative battles ranging from budget and tax cuts to health care, leaving the door open on possibly revisiting new health care legislation.

White House chief of staff Reince Priebus scolded conservative Republicans, explaining that Trump had felt "disappointed" with a "number of people he thought were loyal to him that weren't."

The health-care bill’s failure caused a ripple effect in the Freedom Caucus.

Rep. Ted Poe, R-Texas, resigned from the group. Poe intended to vote in favor of the bill and personally told Trump last week that he would support the measure. He resigned hours after Trump’s tweet.

Rep. Mark Meadows, R-N.C., chairman of the Freedom Caucus, told ABC’s “The Week” that he was doing a lot of “self-critiquing” after the health care defeat. He insisted the GOP overhaul effort was not over and that he regretted not spending more time with moderate Republicans and Democrats "to find some consensus."

Much of the blame has been directed at the conservative group and its roughly 35 members, after House Speaker Paul Ryan realized that he didn’t have enough support for the bill in the GOP-led chamber and canceled the final vote Friday.

Trump and Ryan spoke Saturday and Sunday. Ryan spokeswoman AshLee Strong said the leaders spoke Saturday for roughly an hour about “moving forward on [their] agenda” and that their relationship is “stronger than ever right now.”