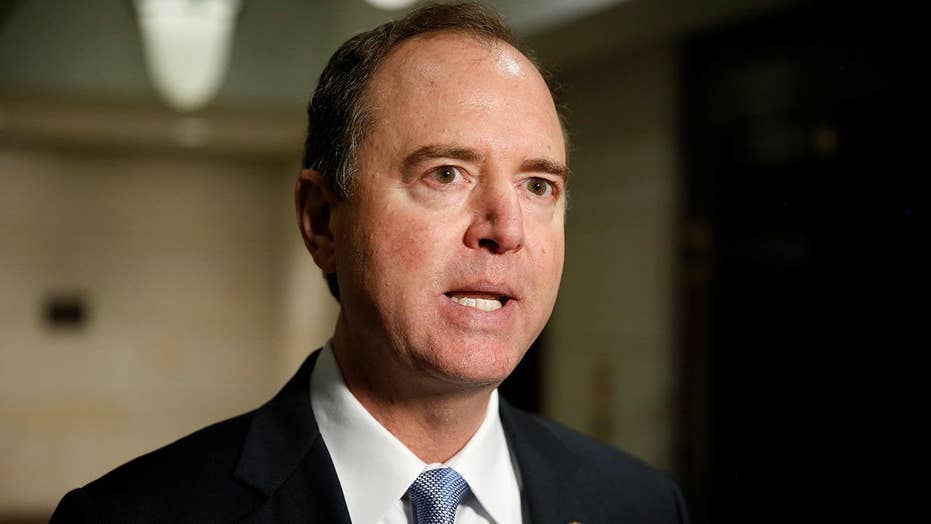 Schiff to work with FBI to edit FISA rebuttal memo

The Democrat says he's open to making redactions to his memo after the White House says it contains too many national security sources to be released; Catherine Herridge reports on the process.

The top Democrat on the House Intelligence Committee, Adam Schiff, told reporters Tuesday he was “confident” his party could come to an agreement with the White House to release the Democratic rebuttal to the GOP memo on purported government surveillance abuses.

Speaking to reporters after a meeting of the committee, Schiff, D-Calif., said that while no update has been made to the Democratic memo, they’ve been discussing it with the FBI and are trying to have it “hopefully resolved soon.”

The White House said on Friday that President Trump was “unable” to declassify the memo, citing national security concerns.

Trump on Saturday tweeted that Democratic leaders “knew, because of sources and methods (and more)” that their rebuttal memo — which he described as "very political" — "would have to be heavily redacted."

"Told them to re-do and send back in proper form,” Trump wrote.

Schiff on Tuesday said that no revisions have been made and that redactions have been minimal. White House counsel Don McGahn said in his letter Friday that Trump is “inclined” to release the memo if proper revisions are made.

Fox News’ Kellianne Jones and The Associated Press contributed to this report.