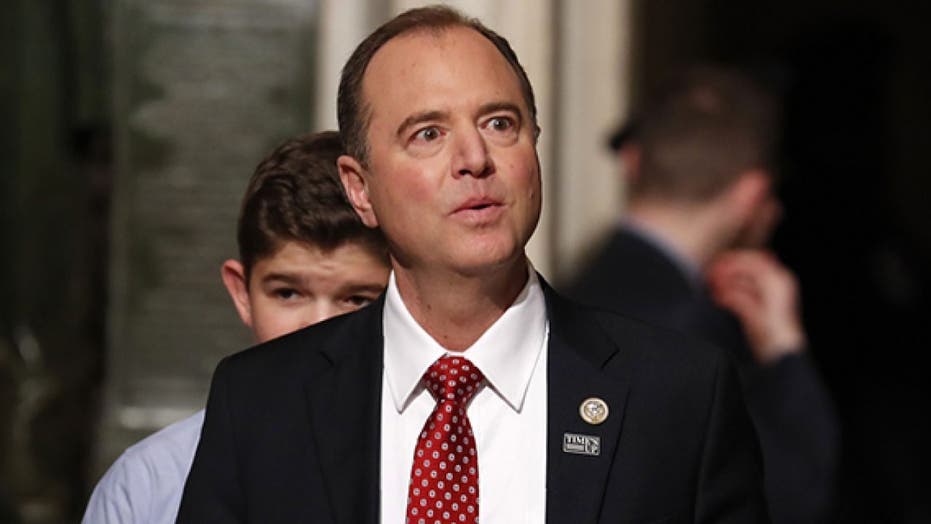 "Bolton’s staff were asked to testify before the House to Trump’s abuses, and did," Schiff tweeted. "They had a lot to lose and showed real courage. When Bolton was asked, he refused, and said he’d sue if subpoenaed. Instead, he saved it for a book. Bolton may be an author, but he’s no patriot."

Bolton refused to testify after he had been subpoenaed by Schiff as part of the inquiry into Trump’s dealings with Ukraine. The former national security adviser said he would only testify under a subpoena if a court weighed in on the issue.

Still, he chastised impeachment managers in his book for rushing the process.

"Had Democratic impeachment advocates not been so obsessed with their Ukraine blitzkrieg in 2019, had they taken the time to inquire more systematically about Trump’s behavior across his entire foreign policy, the impeachment outcome might well have been different," Bolton wrote, according to excerpts published by newspapers Wednesday.

Trump allies too have accused Bolton of trying to sell books with incendiary claims, noting that he was paid $2 million for the memoir and refused to testify during Trump's impeachment proceedings. Democrats were upset with Bolton at the time, saying he had declined to produce an affidavit in the Senate trial for unclear reasons.

Bolton makes a number of lofty allegations against the president in his book, including that the president regularly gives "personal favors to dictators he liked," backed the idea of more concentration camps in China, and asked Chinese President Xi Jinping to help him in the 2020 election, according to excerpts obtained and published by several media outlets.

Bolton, according to the excerpts, claimed Trump was unaware that Britain is a nuclear power and asked whether Finland is part of Russia. Bolton also claimed that during Trump's 2018 visit to North Korea, Secretary of State Mike Pompeo handed Bolton a note saying of Trump, “He is so full of sh--."

The colorful excerpts come a day after the Department of Justice filed a complaint in federal court over Bolton's book. The memoir, set for release next week, "has not completed prepublication review" and "contains classified information," the government said.