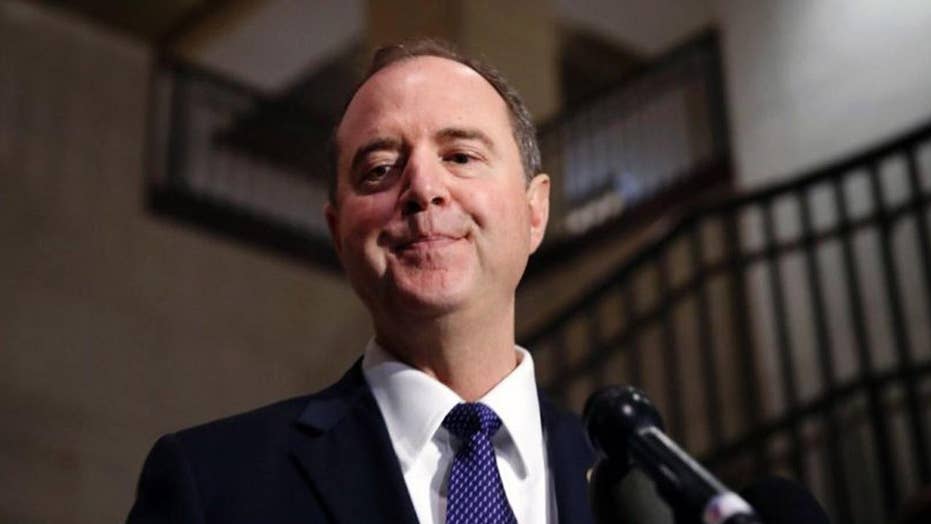 The top Democrat on the House Intelligence Committee held an eight-minute phone conversation last year with Russian radio hosts posing as a Ukrainian politician who promised to provide compromising images of President Trump.

The conversation involving Rep. Adam Schiff, which took place on April 10 of last year, was first reported by The Atlantic last month. On Tuesday, the Daily Mail published purported audio of the call.

In the conversation, a caller identified himself as Andriy Parubiy, the speaker of Ukraine's parliament. In fact, "Parubiy" was two people, Vladimir "Vovan" Kuznetsov and Alexey "Lexus" Stolyarov, who have previously prank-called Senate Majority Leader Mitch McConnell, R-Ky., and Sen. John McCain, R-Ariz.

During this call, "Parubiy," claimed that Trump met Russian model and singer Olga Buzova while in Moscow for the 2013 Miss Universe pageant, and that the two had had a brief affair.

"She got compromising materials on Trump after their short relations," the caller told Schiff.

"OK, and what's the nature" of the material? Schiff asked.

"Well, there were pictures of naked Trump," the caller said, adding that Russian President Vladimir Putin was made aware of the "images" by Ksenia Sobchak -- a Russian journalist he described as "the goddaughter of Putin." 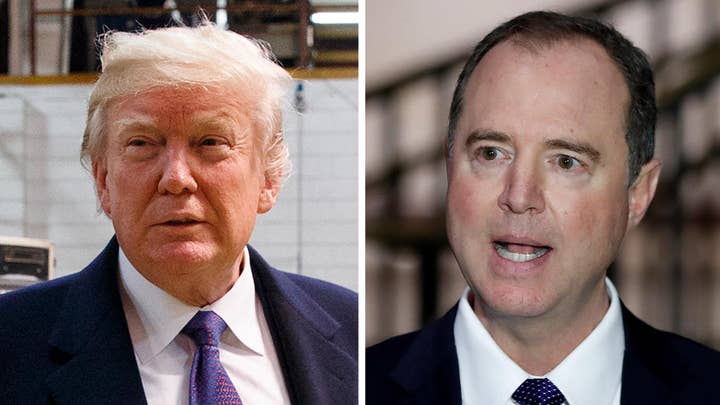 "Parubiy" assured Schiff that he could provide records of Sobchak and Buzova discussing the images. He also claimed that the former national security adviser Michael Flynn met with another Russian singer, Arkadiy Ukupnik, in a Brooklyn cafe to discuss keeping the supposed images under wraps.

"On that meeting, Ukupnik told Flynn that all those compromising materials will never be released if Trump will cancel all the Russian sanctions," the caller told Schiff, who responded that "obviously we would welcome the chance to get copies of those recordings."

A spokesman for Schiff told The Atlantic that the committee reported the call to "appropriate law enforcement and security personnel" and told them "of our belief that it was probably bogus."

Kuznetsov and Stolyarov were described by Atlantic writer Julia Ioffe as having ties to the Kremlin, having hosted shows on state-run TV channels and meeting with elected officials.

"We wanted to talk to someone who specifically works on intelligence and give him a completely insane version of events," Kuznetsov told The Atlantic of the call to Schiff. Stolyarov added that the pair had given Schiff "a bunch of disinformation" and described the call as "completely absurd." 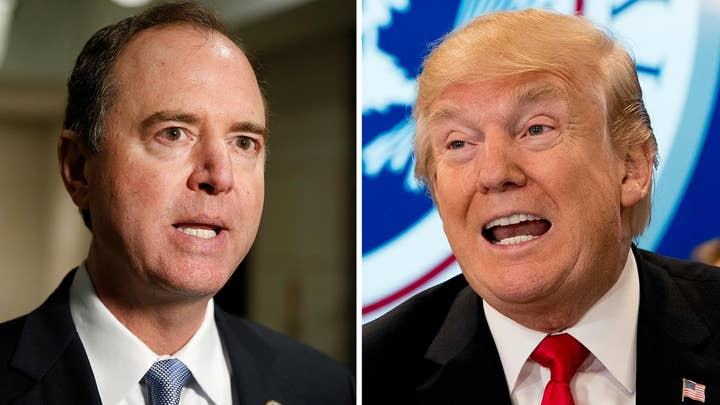 The Atlantic reported that when Kuznetsov and Stolyarov called McConnell, he told them that new sanctions against Russia were unlikely. When they called McCain, he had "sounded like he didn’t know what to do — like, at all," according to Kuznetsov.

"This would never happen in Russia," Stolyarov told the magazine of the prank calls. "People wouldn’t be so trusting, especially if they are a member of parliament or a civil servant."

Kuznetsov added that the pair would like to target Hollywood stars, but they are "much harder to reach than American senators."