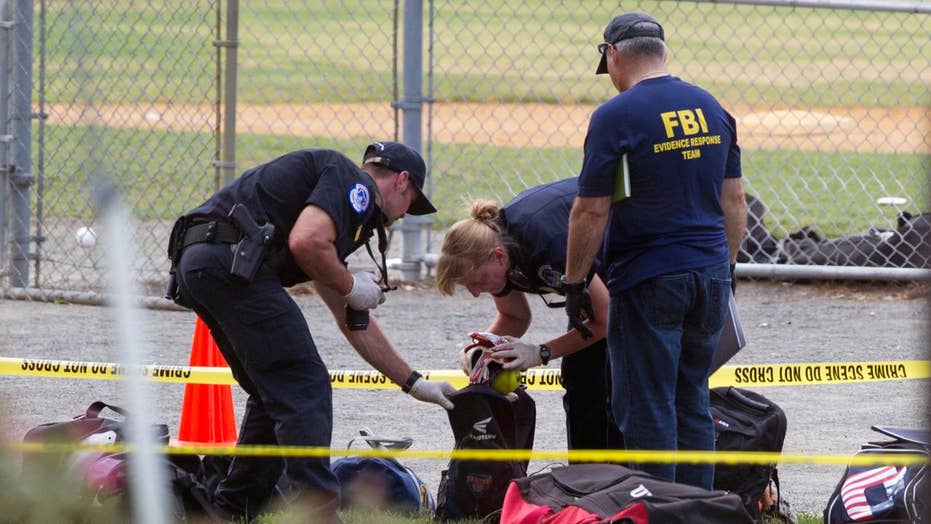 Was the assault on the GOP baseball practice preventable?

It was obvious what they were talking about.

The conversations were hushed. Quiet. Discreet.

Uniformed U.S. Capitol Police (USCP) officers whispered to one another near the security checkpoint at the south entrance to the Capitol. A coterie of plainclothes officers on the protective detail of House Minority Whip Steny Hoyer, D-Md., formed a semi-circle and spoke in muted tones down the hall. A few officers milled about the Senate wing of the Capitol near the crypt.

How were they doing? What happened? Are they all right?

Those were the officers’ subdued conversations. Concern for their colleagues. Worry about Scalise and the others. Introspection as to whether they’d be up to the task under such dire circumstances.

It seems that U.S. Capitol Police officers are called upon to respond to a lot of events like what went down Wednesday. Take when Larry Russell Dawson tried to hustle a fake Beretta into the Capitol and pulled it on officers last year. They shot Dawson. Or when motorist Miriam Carey drove wildly from the White House to the Capitol, eluding and hitting officers in 2013. The USCP shot and killed Carey. Or even this past March when Taleah Everett fled officers trying to stop the car she drove erratically by the Library of Congress. The USCP fired at Everett – and missed – once she revved the engine and attempted to get away.

Off-the-chart stuff happens around the U.S. Capitol and lawmakers all the time. You’d better be ready. Don’t forget Puerto Rican nationalists shooting up the House chamber and wounding five members in 1954. What about July, 1998? That’s when USCP Officer Jacob Chestnut and Detective John Gibson died when gunman Russell Weston Jr. barged in with a gun. Gibson – a member of the USCP detail assigned to then-House Majority Whip Tom DeLay, R-Texas – got off a shot to disable Weston. Gibson then died.

These episodes puncture the typical rhythm of hearings, floor debates and votes on Capitol Hill. But these incidents unfold with alarming frequency.

A long-time, senior congressional security source told Fox News some years ago that they were confident the Capitol itself is secure. The USCP stations dozens of officers outside the Capitol and around the Congressional office buildings. Some safety measures are obvious to serve as a visual deterrent. Some aren’t. But the challenge is protecting lawmakers and their aides elsewhere.

Gunmen have now wounded two lawmakers and multiple aides in six-and-a-half years – not at the Capitol – but in other locales. Jared Loughner shot Rep. Gabrielle Giffords, D-Ariz., in the head when she tried to conduct a 2011 constituent meeting in Tucson. Loughner killed aide Gabe Zimmerman. Two other staffers were hurt. One was Ron Barber. He later became Rep. Ron Barber, D-Ariz., succeeding Giffords in Congress. And of course there was yesterday’s skirmish.

Rep. Roger Williams, R-Texas, chairs the Congressional Baseball Caucus and hurt his leg trying to flee to safety. He estimated that would-be assassin James Hodgkinson could have mowed down 25 people had officers from Scalise’s USCP detail not been on hand. After the Giffords tragedy, some lawmakers begged Capitol security officials for a detail. A few argued that each member should have their own guard. That’s not feasible. USCP reserves a detail for top House and Senate leaders. USCP will set up a detail with a rank-and-file member if there’s a bona fide threat. USCP booked a detail for Sen. Roger Wicker, R-Miss., after a Mississippi man sent him a letter laced with ricin a few years ago.

Despite the injuries sustained by Scalise and others, security officials contend the “system” worked. It’s not practicable to have USCP officers playing the softball equivalent of “short field” while Scalise mans second base. But having them nearby appears to have saved multiple lives. The detail surrounds Scalise and other congressional leaders when he walks though the congressional hallways and stands close by when the whip speaks at news conferences or hearings.

That said, questions abound as to whether the USCP should alter its posture for protecting large groups of lawmakers outside the Capitol. USCP provides robust protection for lawmakers when attending other major events. For instance USCP often sets up shop at the out-of-town hotels and provides a motorized escort when lawmakers hold their annual retreats in Baltimore or Philadelphia.

The conversation at tonight’s ballgame will focus on the wounded and security. Not on the game itself. The contest dates back to 1909. Legendary House Speaker Sam Rayburn, D-Texas, halted the game for a few years because so many players were getting injured.

The game bursts with lore. In 1995, then-Rep. and now Sen. Sherrod Brown, D-Ohio, laid a bunt down the first base line and collided with the late Rep. Mike Oxley, R-Ohio. Oxley broke his arm. It wasn’t quite Rose-Fosse in the 1970 All-Star Game. But House Ways and Means Committee Chairman Kevin Brady, R-Texas, injured himself in a home plate pile-up with former Rep. Tim Holden, D-Pa. Like Pete Rose, Brady was safe. Late Rep. Wilmer “Vinegar Bend” Mizell, R-N.C., pitched for the GOP in the 1970s. Mizell was also a two-time All-Star and hurled for the Pittsburgh Pirates when they defeated the New York Yankees in the 1960 World Series. Democrats argued it wasn’t fair that the GOP dispatched Mizell to the bump – after he struck out seven consecutive Democrats. The late Rep. and Sen. Jim Bunning, R-Ky., pitched for the Republicans in the 1980s. Only problem was that Bunning’s fastball no longer had any snap. So the Hall of Famer turned to his curve. But Republicans didn’t have a good enough battery mate to catch Bunning’s curve.

These are the things people would usually talk about on the day of the congressional baseball game. But Wednesday changed all of that. Instead, they’ll whisper about something else, stressed over what unfolded in Alexandria, Va.

And Wednesday’s shooting is now part of the congressional baseball lore.