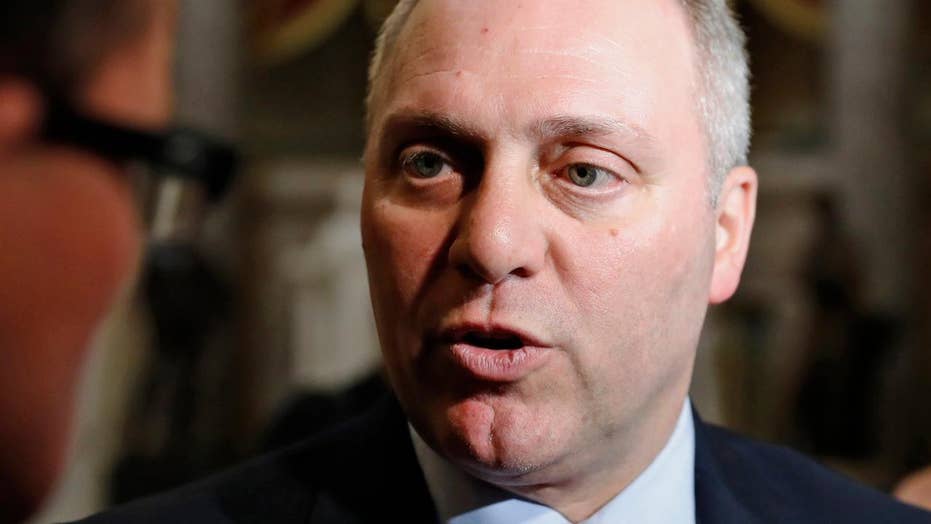 Rep. Scalise readmitted to ICU due to infection concerns

Dr. Manny Alvarez provides insight about the type of recovery the congressman faces

Scalise, R-La., has been treated at MedStar Washington Hospital since June 14, when he and four others were shot during a congressional baseball practice, and remains in “serious” condition at the facility.

Scalise was returned to the ICU last week after contracting
an infection from his gunshot wounds.

Scalise, prior to going back to the ICU on July 5, was
listed in “fair condition,” but the hospital downgraded that to “serious” last week after infection concerns and a subsequent surgery. According to people close to the matter, Scalise faces at least two more surgeries, which have yet to be scheduled.

“Congressman Steve Scalise underwent surgery for the management of infection. He tolerated the procedure well,”
MedStar Washington released on behalf of the Scalise family after his July 6 surgery. “He remains in serious condition. We will provide updates as appropriate.”

Despite being released from the ICU on Wednesday, Scalise still is fighting the infection, and physicians are treating him with antibiotics. Scalise must first overcome the infection before doctors can discuss plans to move him to an in-patient rehabilitation facility.

Scalise was injured along with four others on June 14 when gunman James Hodgkinson opened fire at a Republican congressional baseball practice in Alexandria, Va. He was later shot and killed by police.

Scalise sustained a single rifle wound, entering his left hip and passing through toward his right hip, also known as a trans-pelvic gunshot wound. The round did substantial damage to bones, internal organs, and blood vessels, according Dr. Jack Sava, the director of trauma at MedStar Washington.