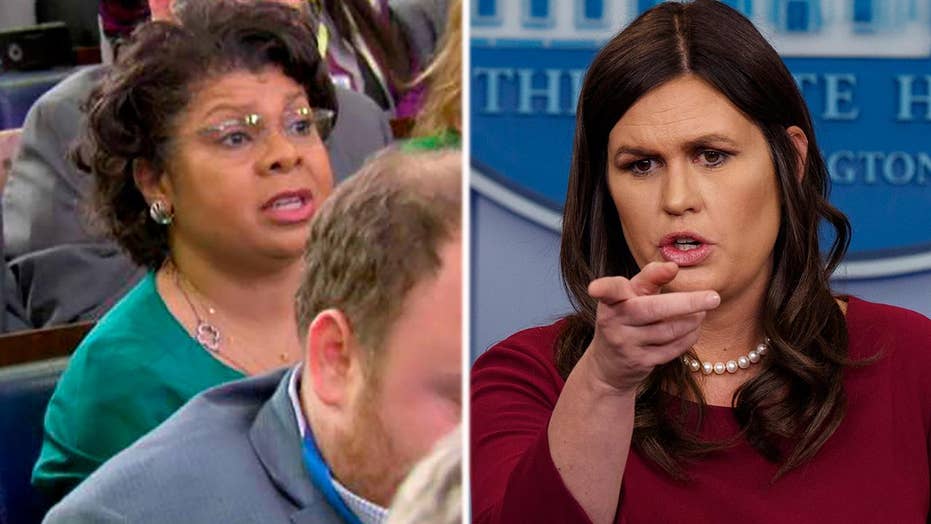 April Ryan asks if Trump has considered stepping down

Ryan, who is also a CNN contributor, asked, “With all of this turmoil, particularly this last week, has the president at any time thought about stepping down before or now?”

Sanders fired back, “No, and I think that’s an absolutely ridiculous question.”

Ryan was presumably referring to reports that Trump has been especially upset since the FBI executed a search warrant on his lawyer Michael Cohen. She tried to defend her question, but Sanders quickly moved on to the next reporter.

Ryan has emerged as one of the most combative members of the media when it comes to dealing with members of the Trump administration. She famously sparred with former Press Secretary Sean Spicer, who once asked her to “report the facts” instead of sticking to her agenda.

Social media quickly erupted with takes on Ryan’s question about Trump stepping down. Conservative pundit Wayne Dupree tweeted that Ryan “picked the wrong person to ask a question like this!”