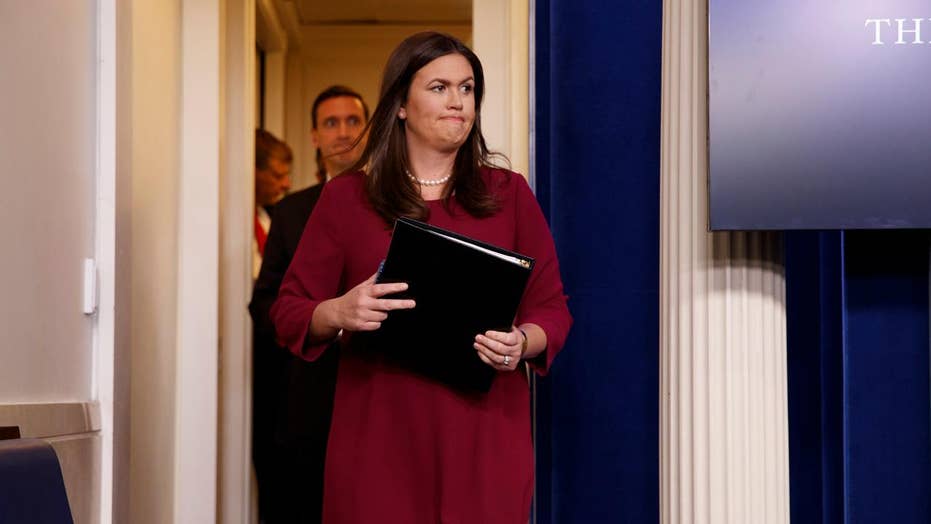 After White House press secretary Sarah Sanders and her family were kicked out of a Virginia restaurant on Friday evening, the owner of the establishment followed the group and kept berating them, Mike Huckabee, Sanders’ father and the former Arkansas governor, told Fox Business on Monday.

“In fact, a little known part of this story, is that after Sarah and her husband left and the family relocated to a restaurant across the street, the owner of the Red Hen then organized an effort to go and scream at them from the sidewalk at the other restaurant,” Huckabee claimed in an interview on “The Intelligence Report with Trish Regan.”

“Finally, one of Sarah’s in-laws, who happens to be very liberal, it’s her brother-in-law, went out in the street and said, ‘Look, Sarah’s already left. She didn’t stay for obvious reasons. She’s had all she needs tonight. The rest of us are trying to have dinner. I’m a liberal. I’m not a Trump supporter. But you guys aren’t helping our cause,’” Huckabee went on to say. “So, it wasn’t just what happened in the Little Red Hen restaurant, it’s what happened ongoing by the owner of that restaurant.”

Stephanie Wilkinson, a co-owner of the establishment, told The Washington Post that she felt compelled to take a stand, citing what she called the Trump White House’s “inhumane and unethical” actions.

“I’m not a huge fan of confrontation,” Wilkinson told The Post. “I have a business, and I want the business to thrive.” But, she went on to say, “This feels like the moment in our democracy when people have to make uncomfortable actions and decisions to uphold their morals.”

“Last night I was told by the owner of Red Hen in Lexington, VA to leave because I work for @POTUS and I politely left,” Sanders tweeted on Saturday. “Her actions say far more about her than about me. I always do my best to treat people, including those I disagree with, respectfully and will continue to do so.”

“It’s an incredible thing when people in the name of their liberty want to deny someone else theirs,” Huckabee said earlier Monday. “And if you’re in the hospitality business, your number one goal is to be hospitable. The owner of that restaurant was not hospitable.”

President Trump also weighed in on the controversy Monday morning with a scathing tweet about the restaurant.

“The Red Hen Restaurant should focus more on cleaning its filthy canopies, doors and windows (badly needs a paint job) rather than refusing to serve a fine person like Sarah Huckabee Sanders,” Trump tweeted. “I always had a rule, if a restaurant is dirty on the outside, it is dirty on the inside!”

“It’s sick. It’s desperately sick,” Huckabee said. “And, there’s all these people who are trying to say, ‘Oh, well, they deserve it.’ Nobody deserves to be treated like this.”